Glow in the dark Easter Egg Hunt - LED vs Glowstick 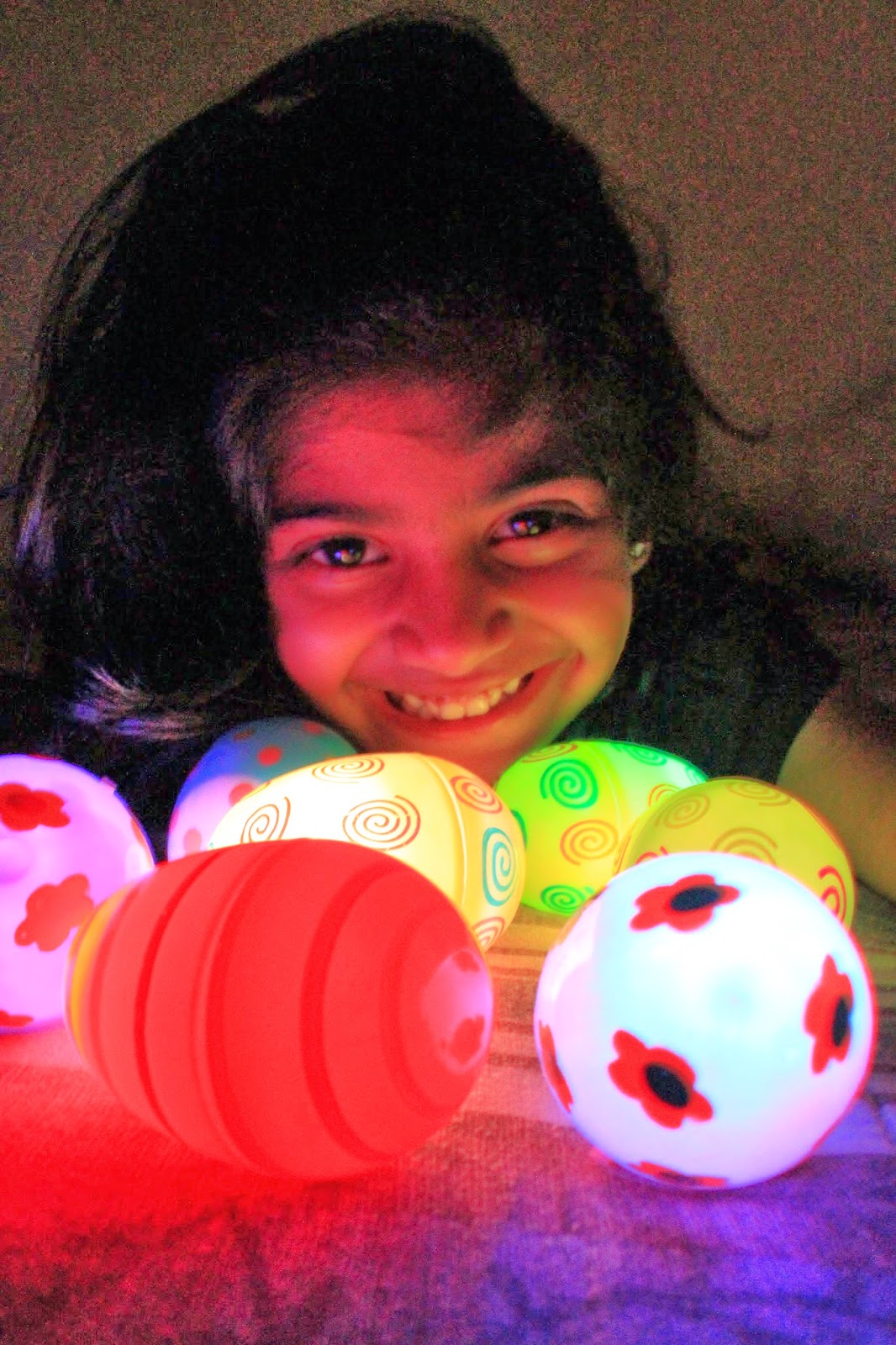 The Butterballs love playing with their flashlights in the dark!
So this year, instead of our usual egg hunt, we set up a glow-in-the-dark egg hunt.

After searching through Pinterest,
I found two basic ways to set up a glow-in-the-dark hunt:
sticking glowsticks inside the easter eggs or
sticking LED lights inside the eggs

I decided to try out both methods. 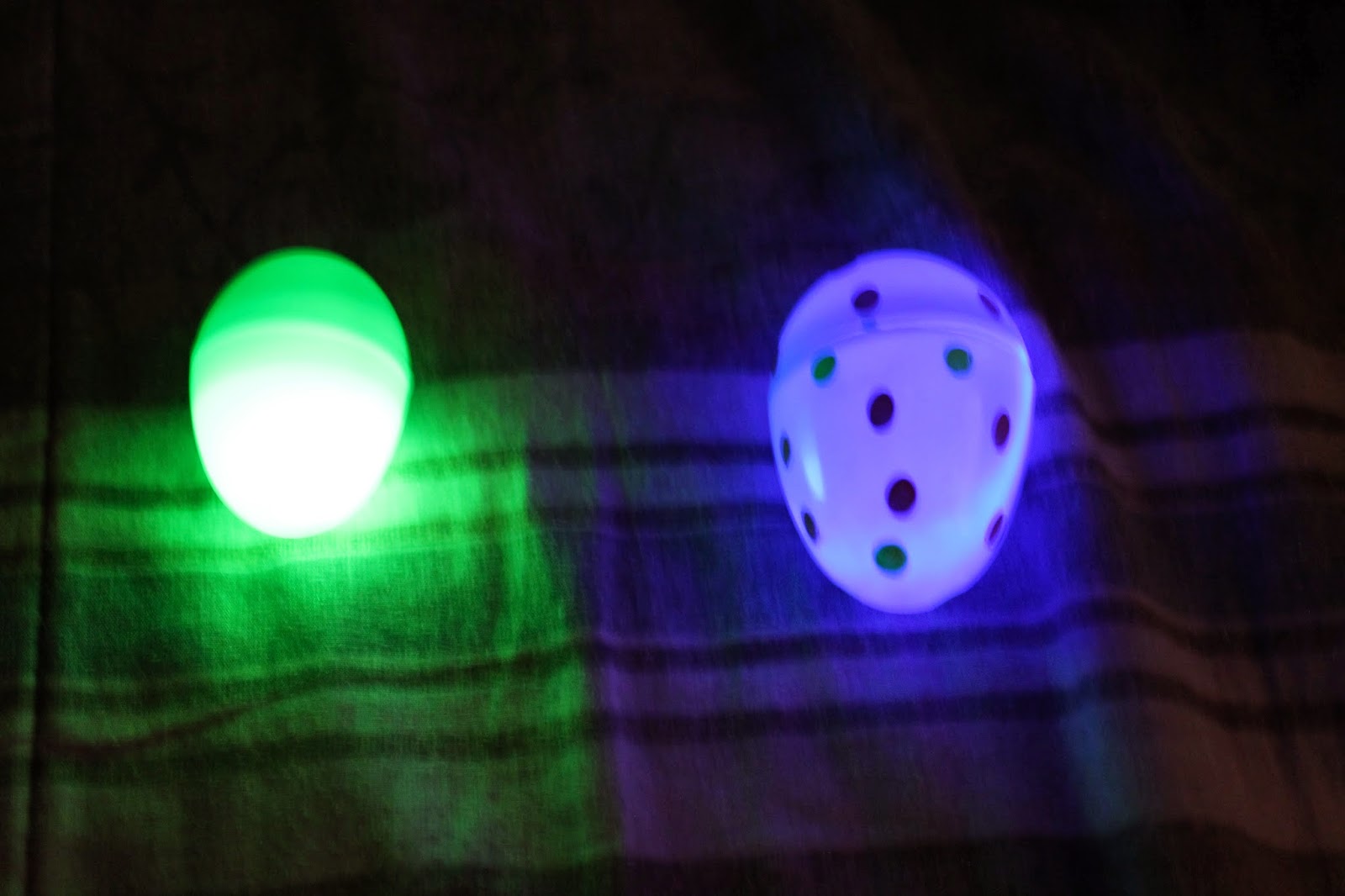 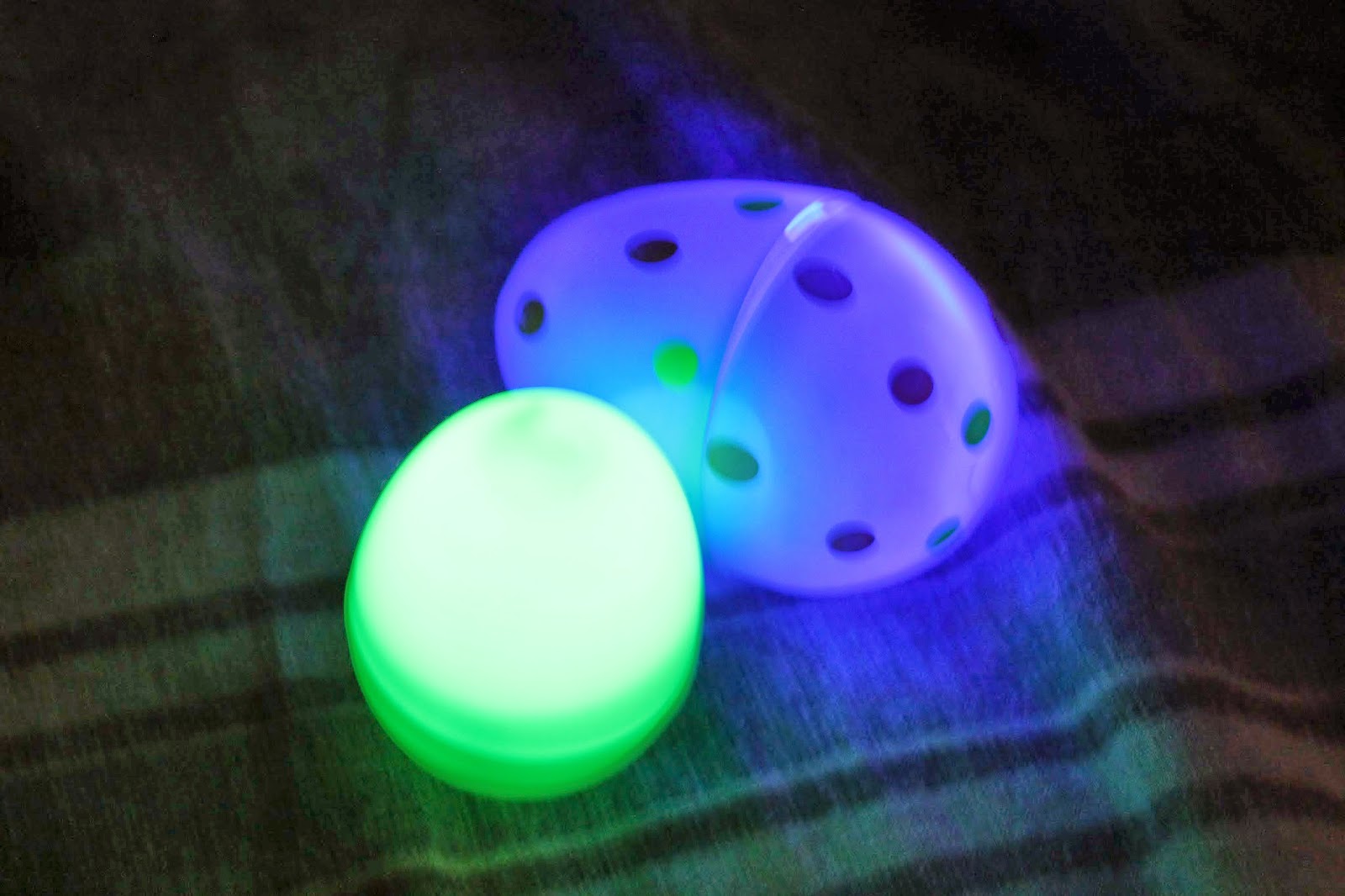 I found that glowsticks only work in large eggs.
I tried squeezing them into a smaller egg and ended up breaking the glowstick.
Glowstick liquid is VERY messy.
Also, I needed to tape the egg shut to prevent the glowstick from popping it open.

In the end, we did two egg hunts...
One using eggs with glowsticks,
the Butterballs needed to use flashlights for this one cos the glow is quite subtle,

For the other hunt, we used LED-light filled  eggs.
No need for a flashlight - they glow pretty brightly!

I think that the LED lights are perfect for toddler egg hunts as they are really easy to find.
The glowsticks subtle glow make them perfect for intense late-night treasure-hunting...
armed with a flashlight of course ;) 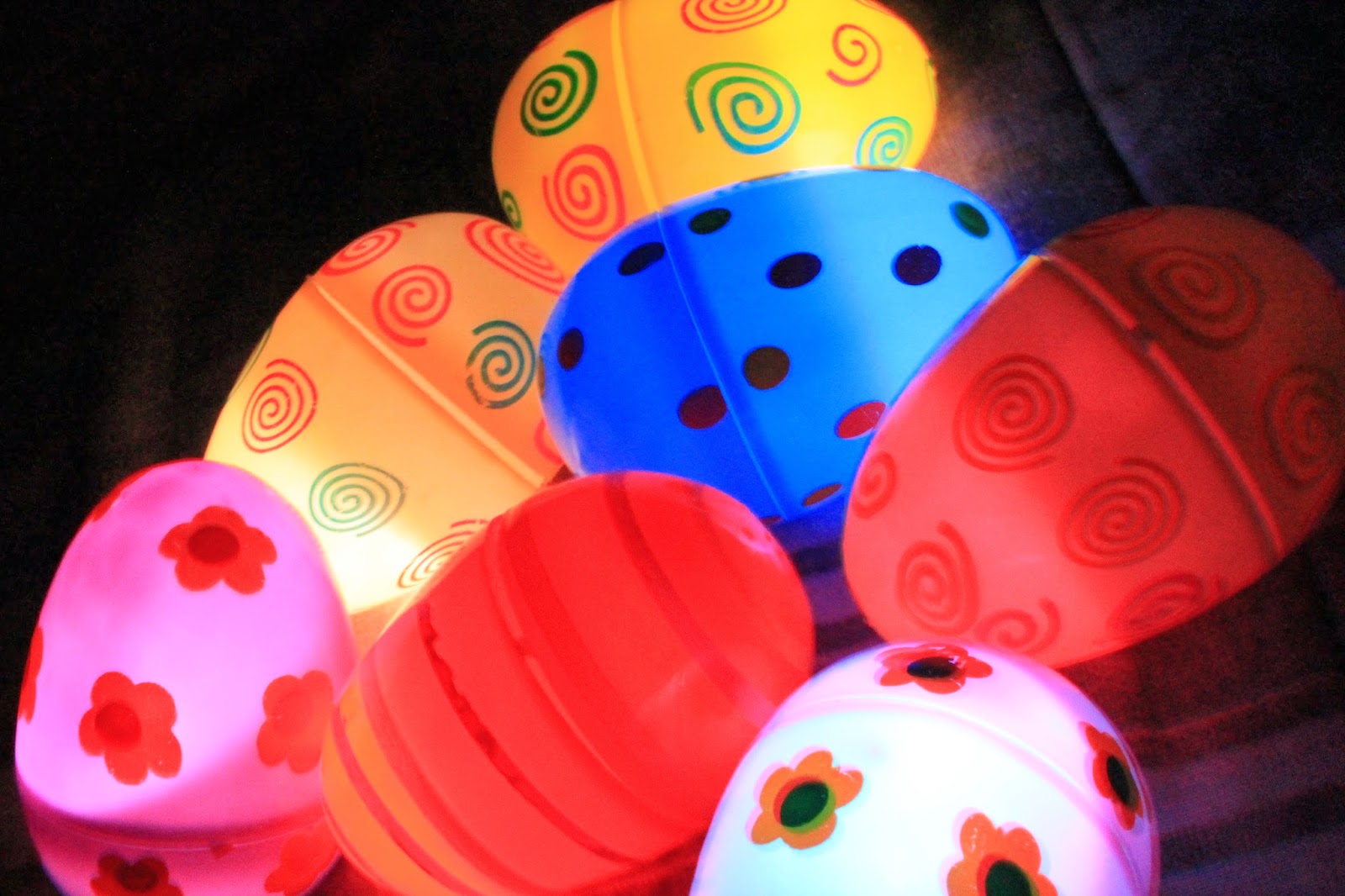