Sometime I wish I could sit in the freezer!!!
It's been unbearably hot these last few days but the ButterBalls aren't complaining! They are simply loving our various keep cool activities.
After having so much fun with the Ice Monsters, I decided to try out another Icy activity, this time, one that I saw on beingreece. 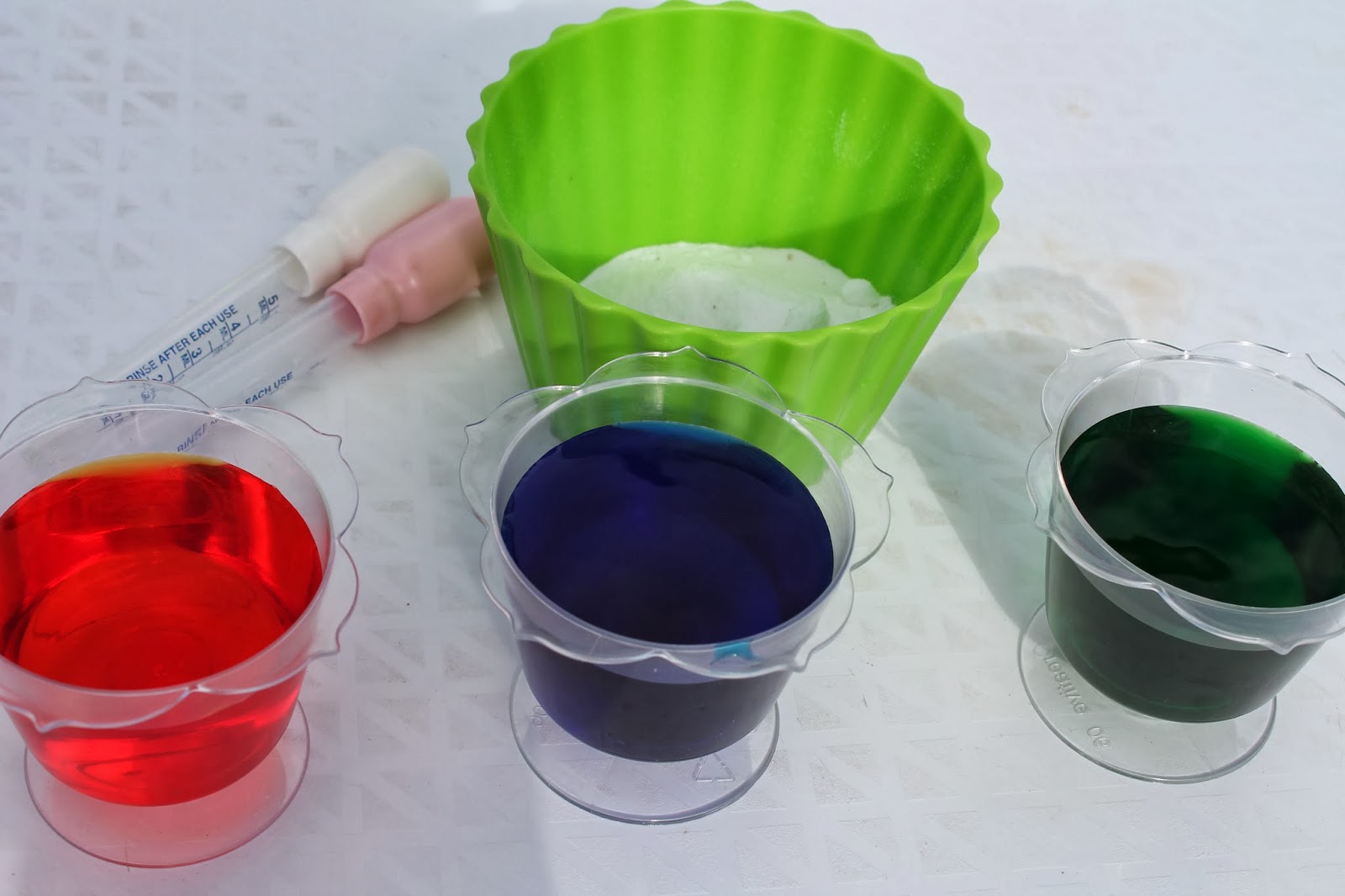 After playing with the ice-blocks for a while, the ButterBalls were finally ready to begin.
First they sprinkled a little salt onto each ice-block. They were amazed that the salt melted the ice-blocks. They could actually hear the ice cracking and see the crevices forming as the salt set to work!! 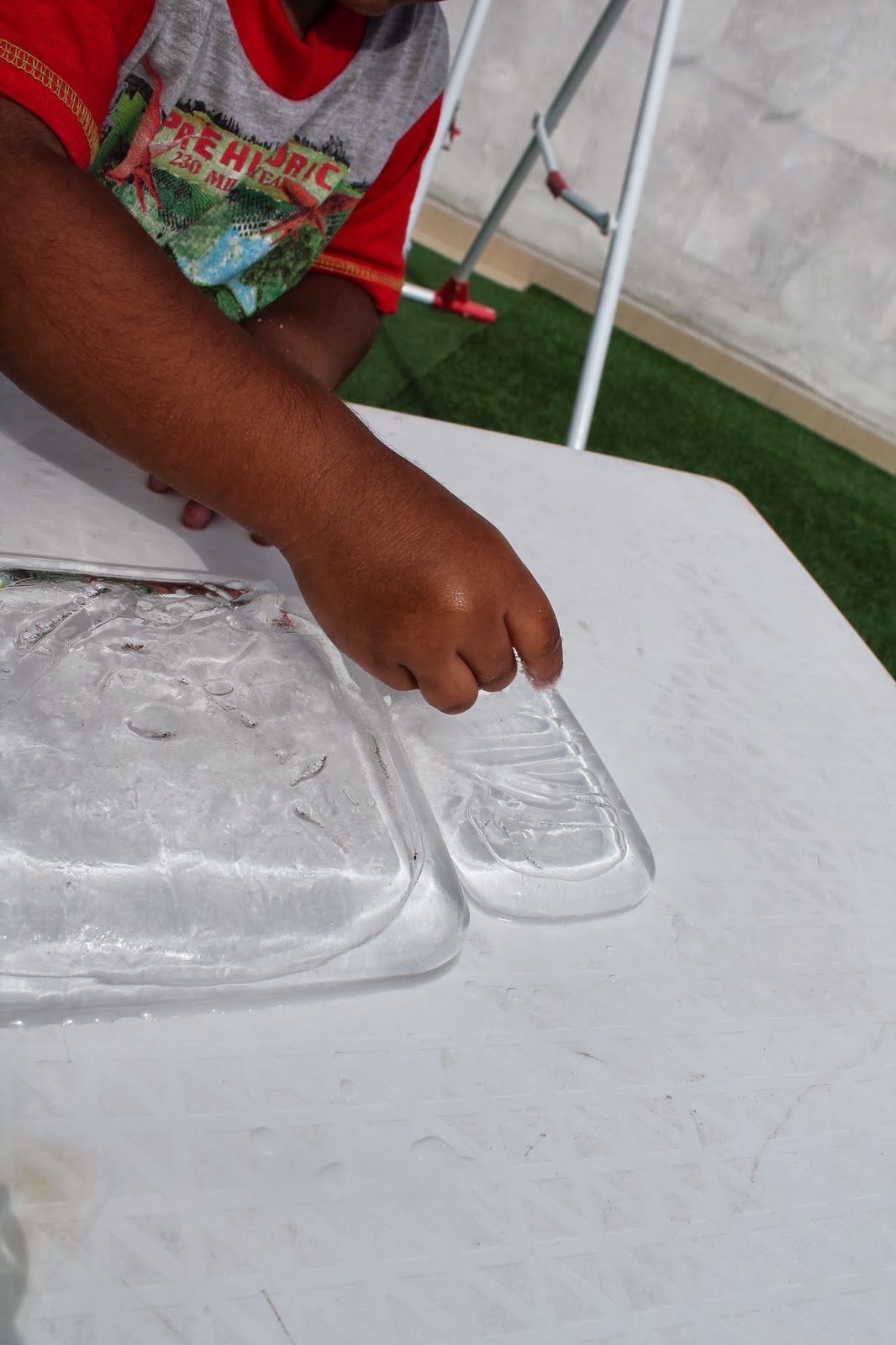 Ethan gleefully dumped half the container of salt onto his ice-block hoping that it would make a loud bang instead of the softer cracking sounds we had been hearing.
He was so disappointed when all he heard was another 'crack'!!

Next, they used their little medicine droppers (fine motor practice !!!) to suck up some food colouring.
They squirted the food coloring onto their ice-blocks.

Besides making pretty patterns on the ice,
`the food colouring highlighted the cracks, craters and crevices created by the salt. 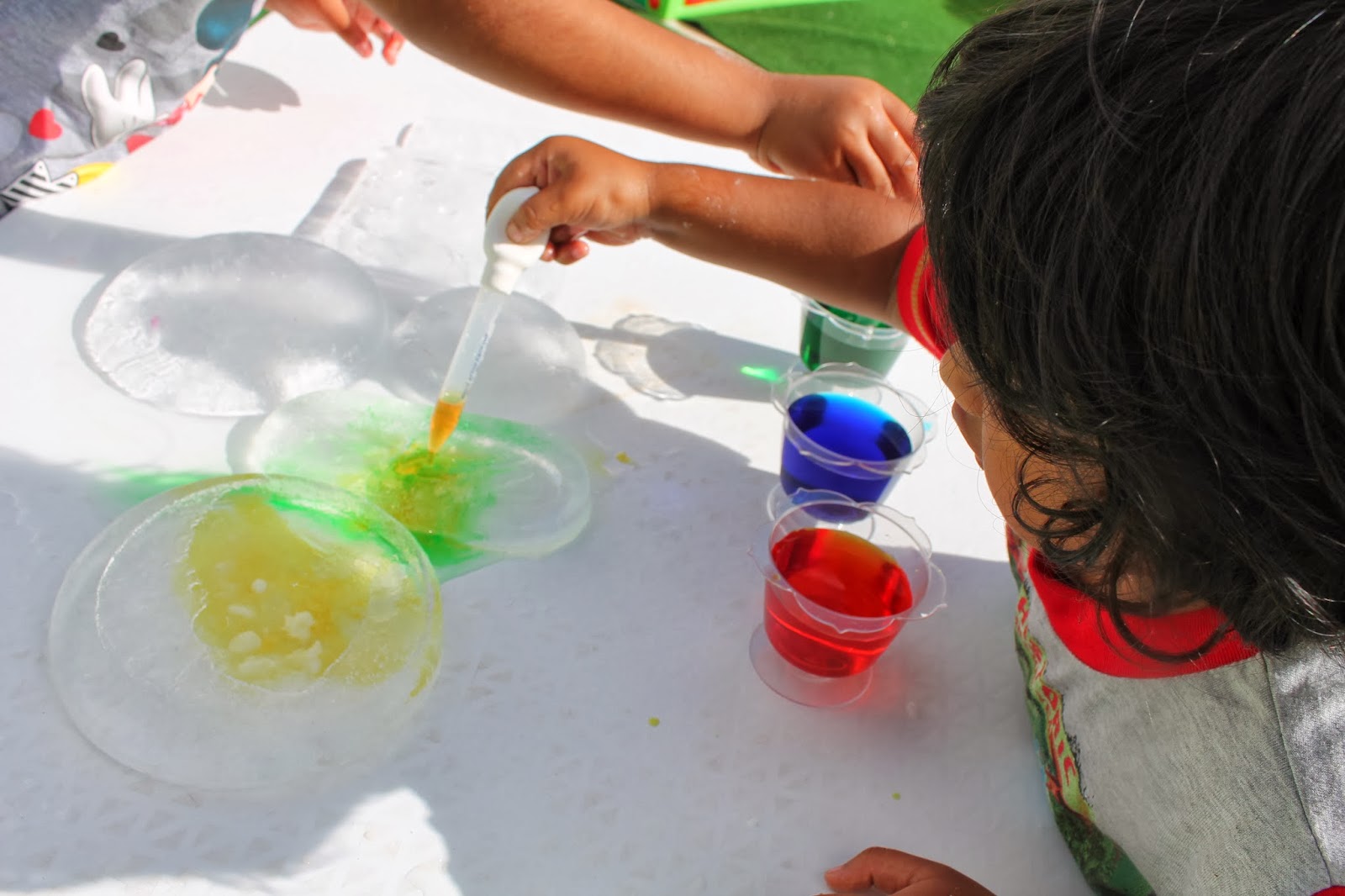 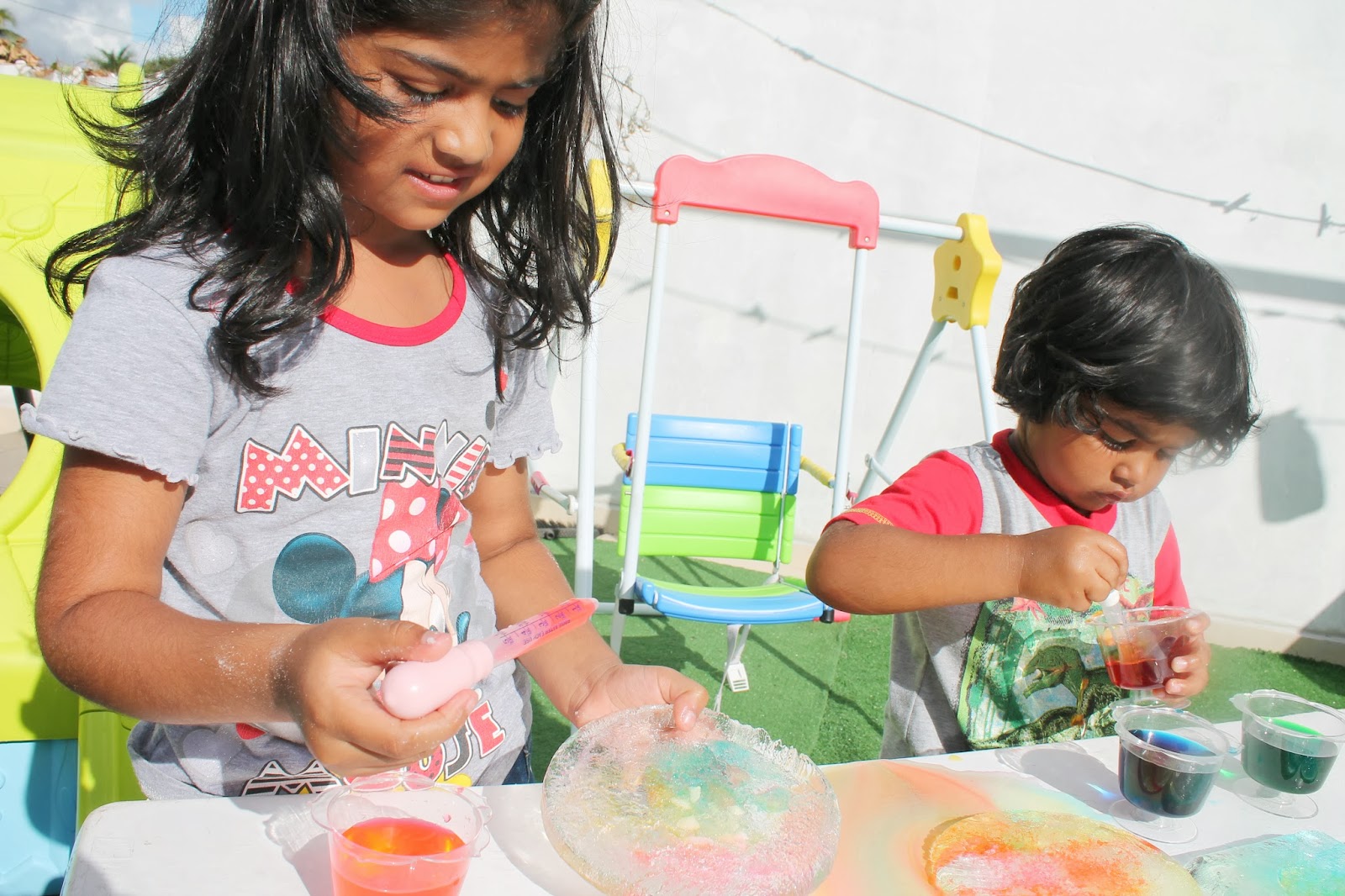 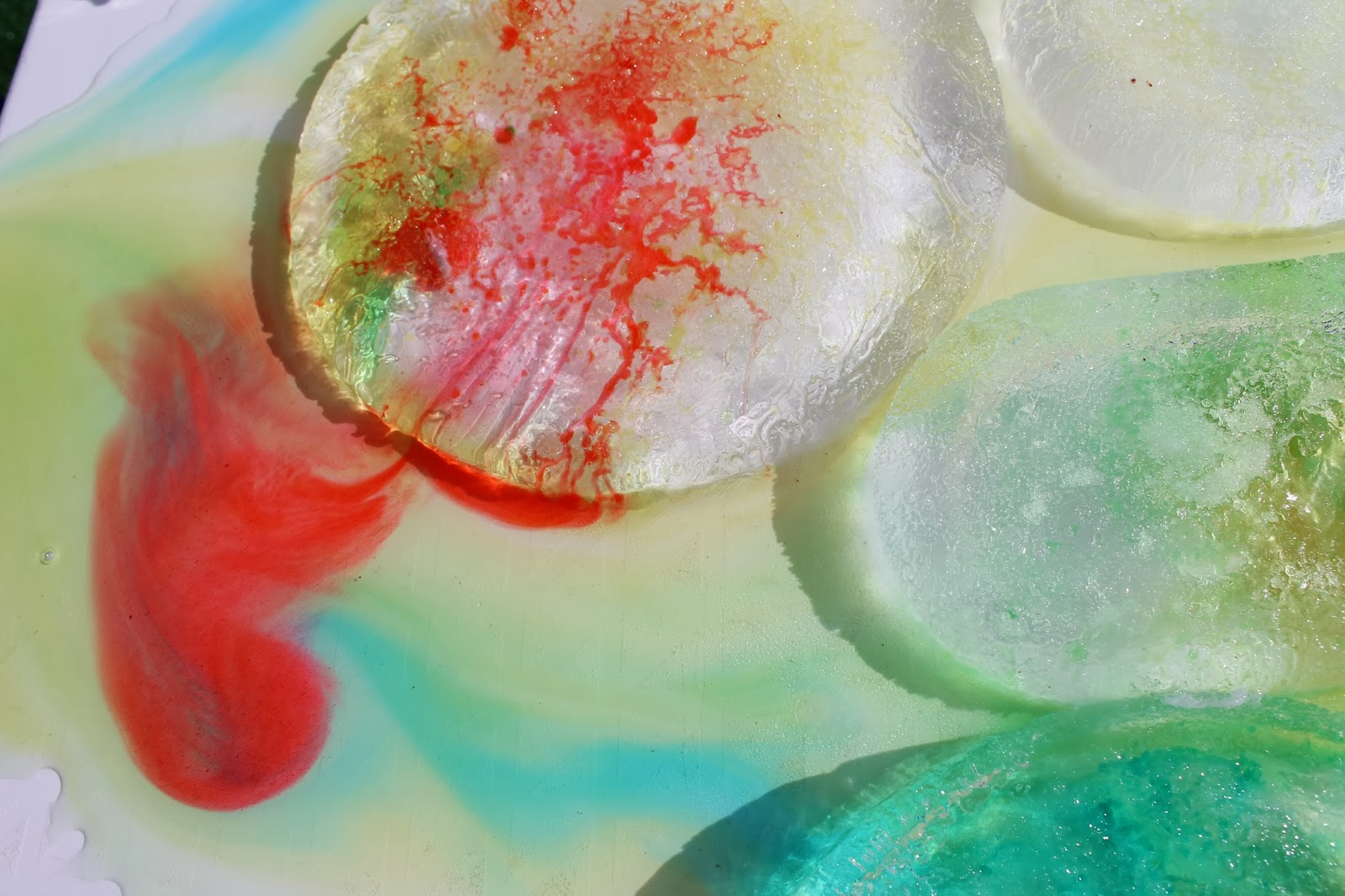 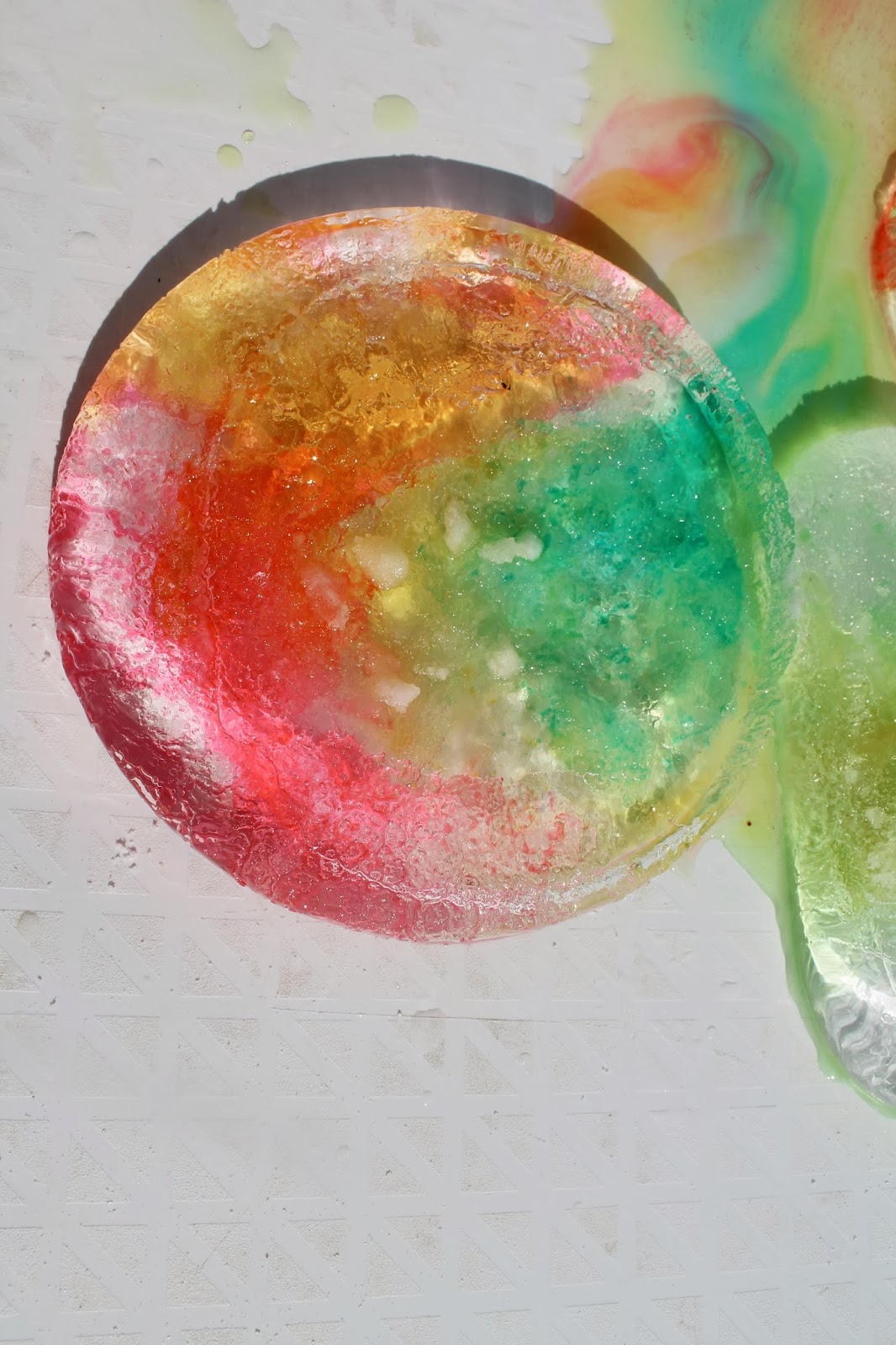