All the excess candy that has accumulated at our home
(left over stuff from Tams birthday)
gives me the perfect excuse to try out the newest book in our collection:
Candy Science Experiments by Lora Levitt. 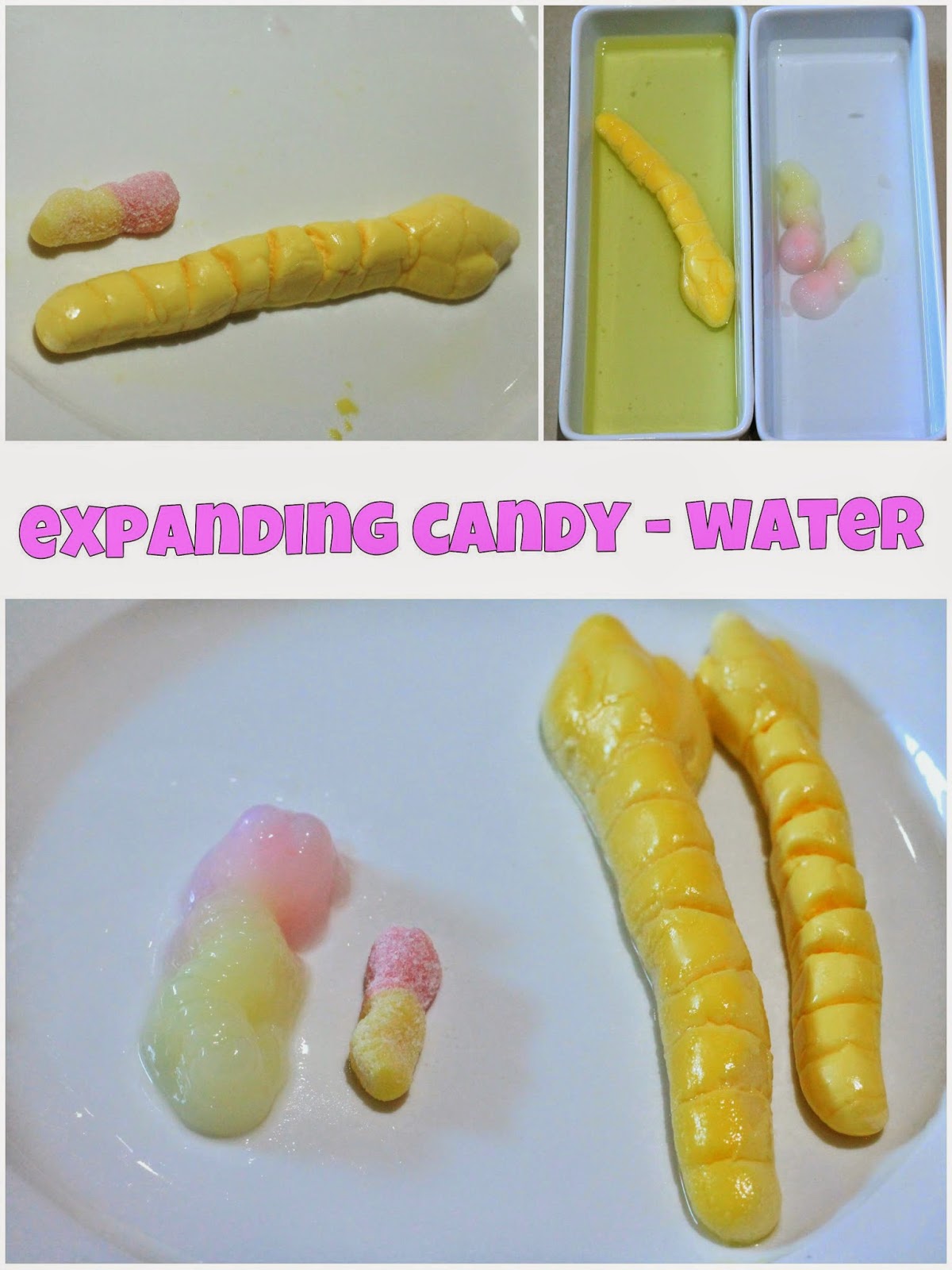 After filling 2 bowls with water, the Butterballs gently lowered their candy into cold water.
Each Butterball had a turn to predict what would happen to the candy.

Their memories amazed me...
Tamlyn remembered us growing water beads from tiny little seeds
and predicted that the candy would grow just like the water beads.

Ethan remembered our baking soda and vinegar experiments
and predicted that both candies would dissolve.


We left the candy in their 'bath' overnight.
The next morning the Butterballs carefully fished them out of the water
and placed them next to unsoaked candy.

The gummi worm had absorbed a lot of water and grew to roughly 3 times its original size.
The marshmallow worm also absorbed water but not as much as the gummi worm.

According to Ethan, the gummi worm was really thirsty so it sucked up more water.
The Butterballs learnt that gummi candy absorbs more water than marshmallows
and that the water causes the candy to swell and increase in size.

Supplies : gummi worm, Marshmallow worm, microwave.
This experiment was pretty straight forward.
We simply placed the candy onto a plate and popped it into the microwave for a few seconds. 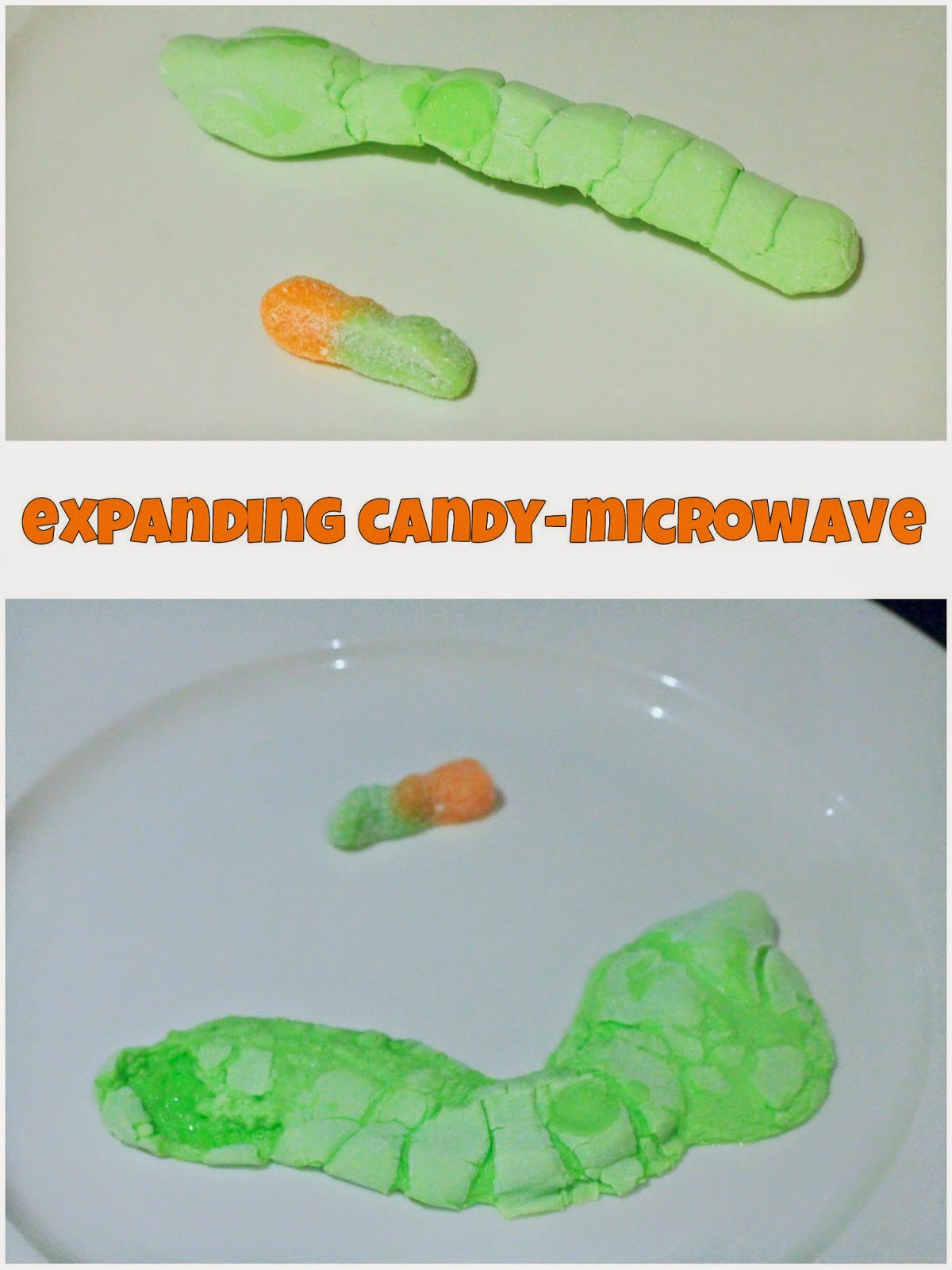 The Butterballs were really amazed that heat could produce such totally different effects on the candy.
When they are older, I would love to redo these experiments
and get them to measure the candy before and after the experiments.
It would also be great to get them to plot the measurements on a graph...one day!