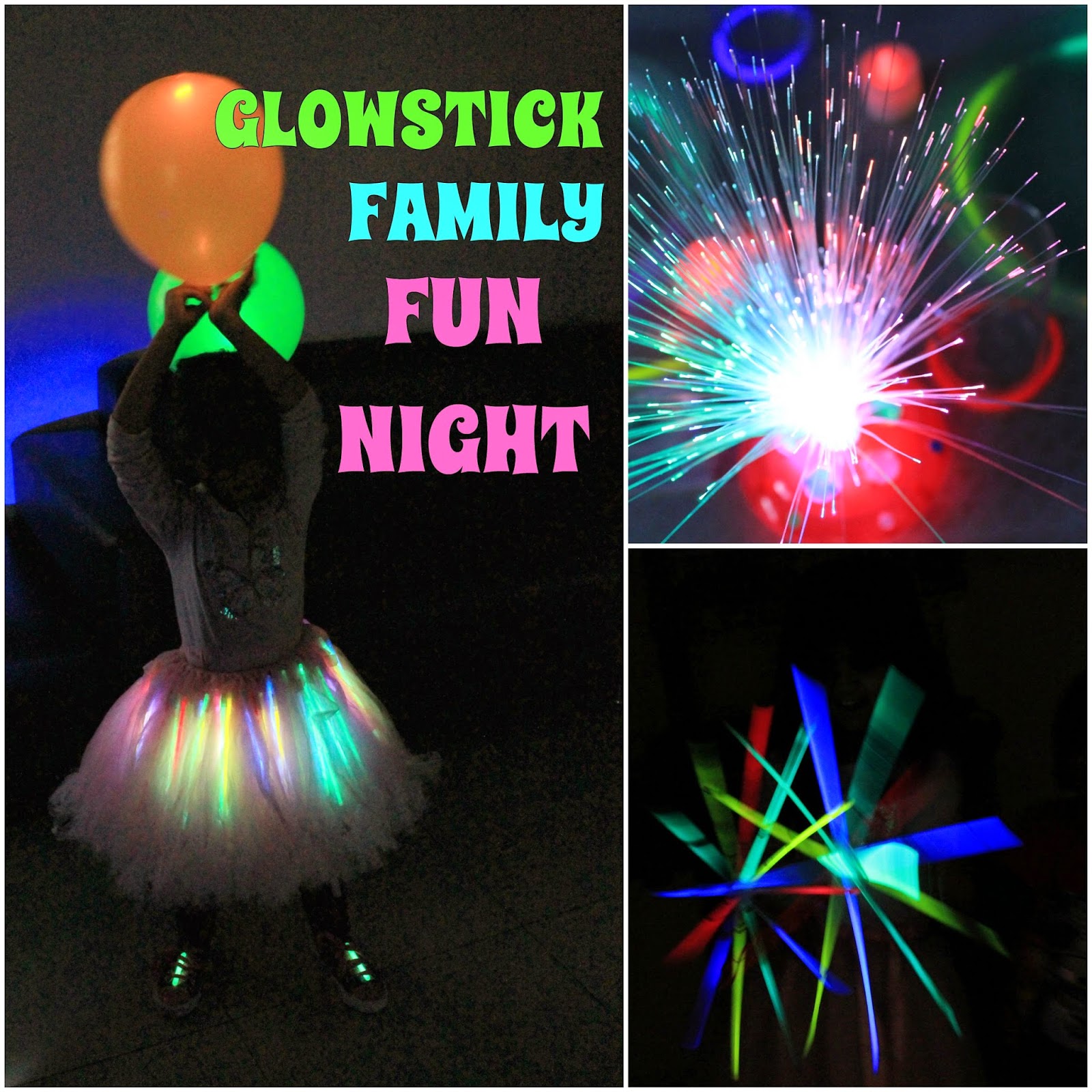 For this months Frugal Family Fun Activity,
we had an awesome Glowstick Party!!!

This post is really image heavy...
there were so many special moments - I just couldn't choose which ones to share!

We started off with a few Glowstick Games (I love Pinterest!!) 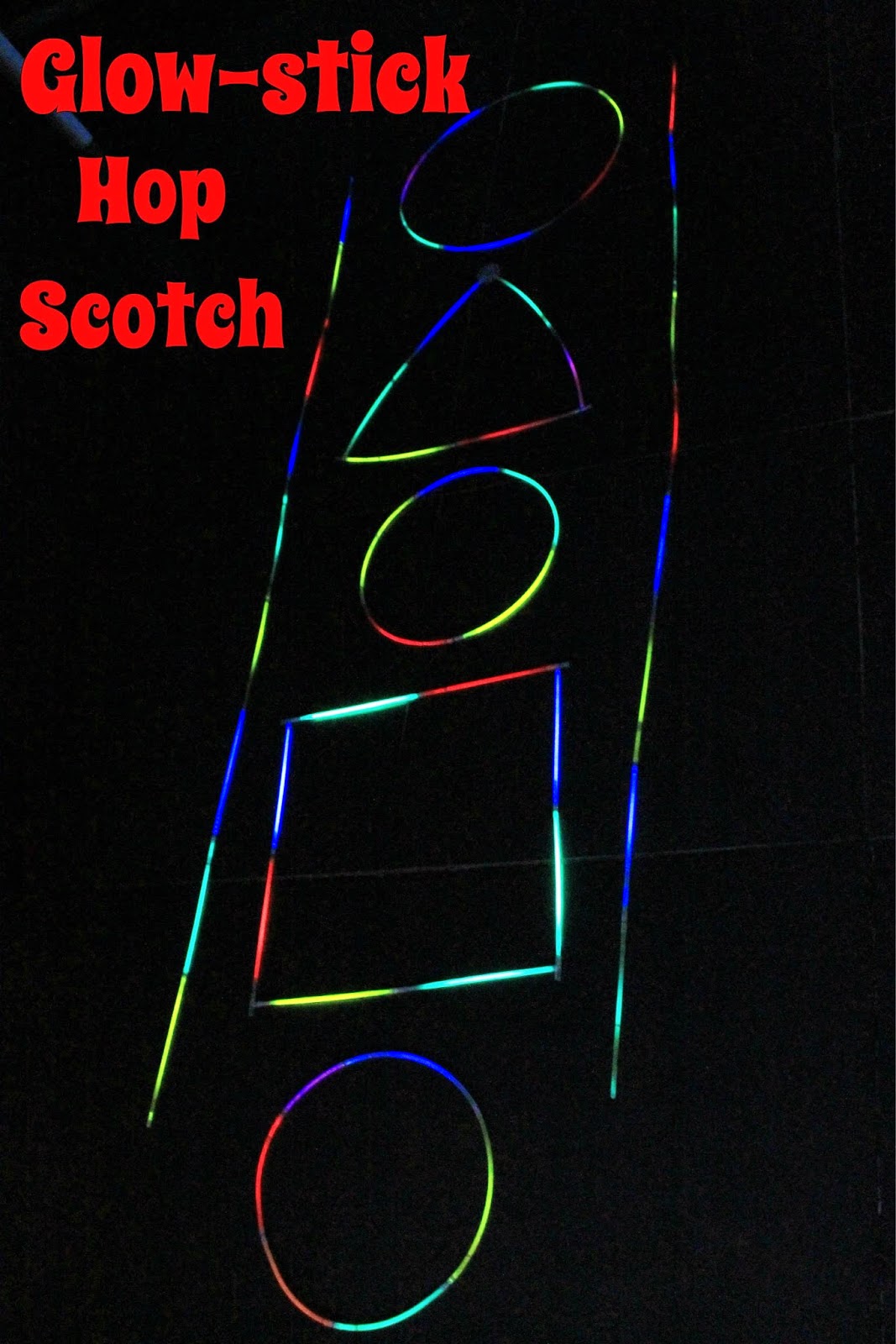 We used a 3 inch Glowstick as our marker.
This activity was not only fun, the Butterballs got to practice their shape recognition too! 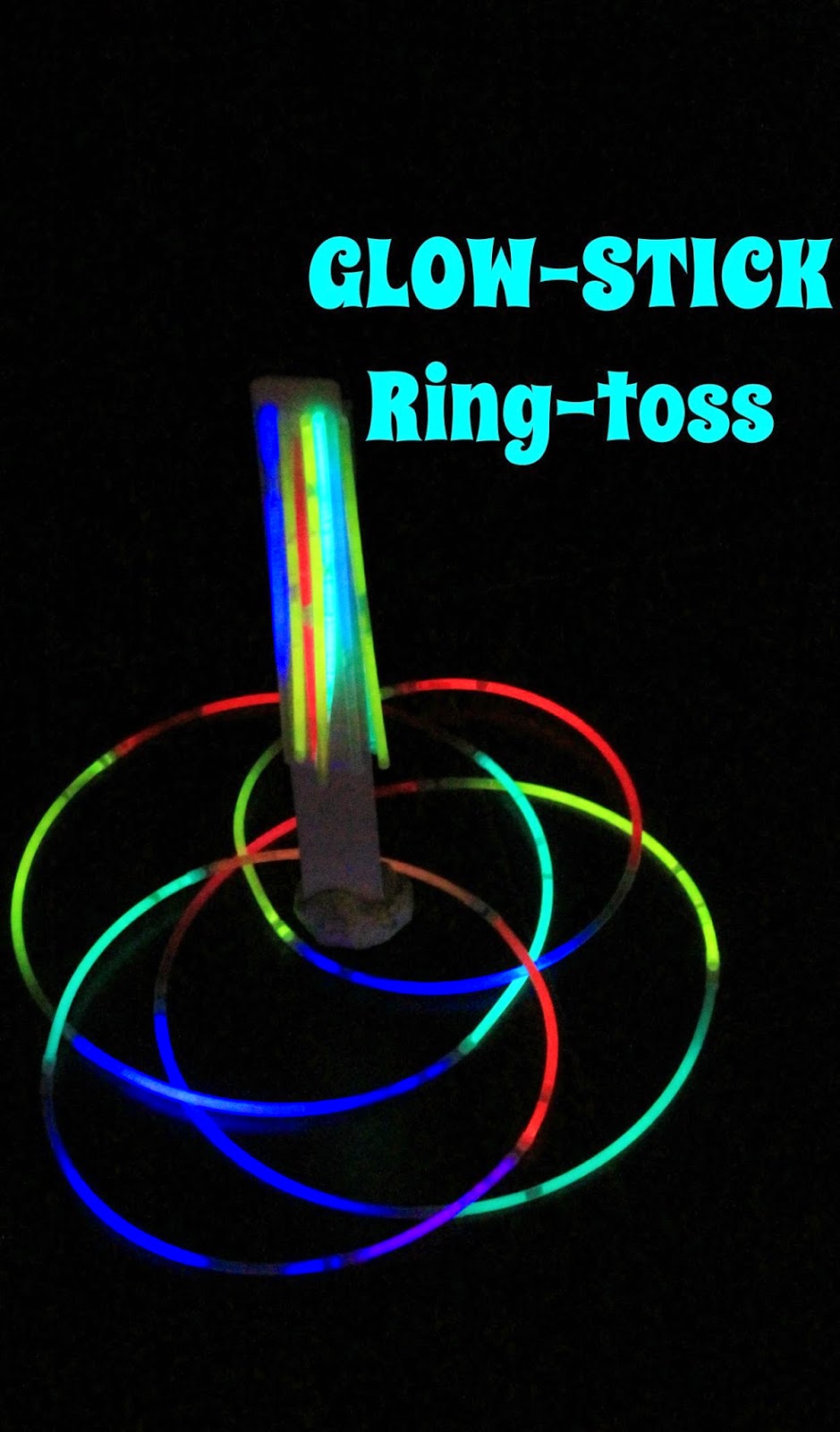 The center pole was a ruler stuck into a blob of playdough.
I used sticky tape to attach a few glowsticks to the ruler. 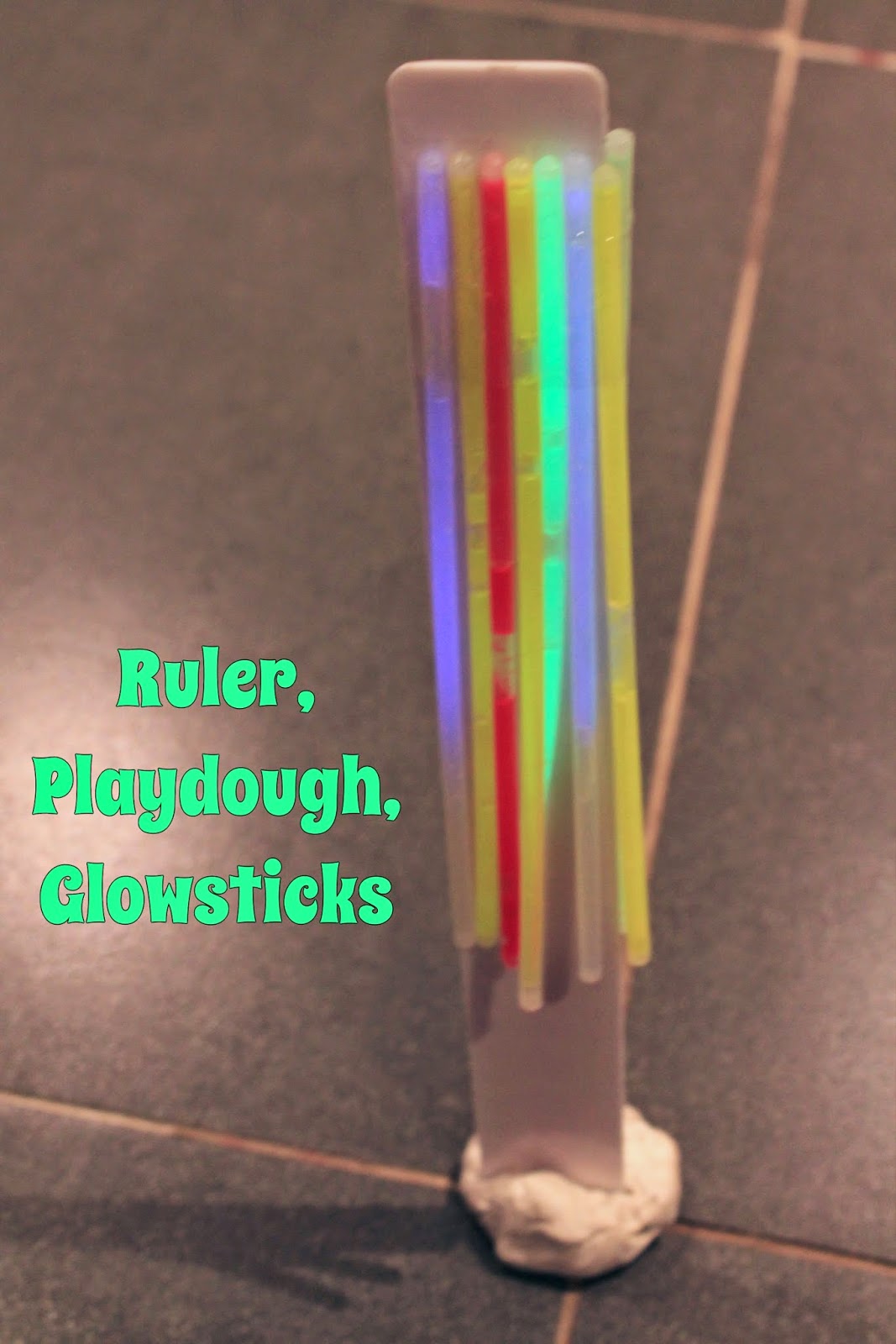 Glowstick Catch
Using the connectors that were part of the glowstick set, I assembled a glowstick orb. 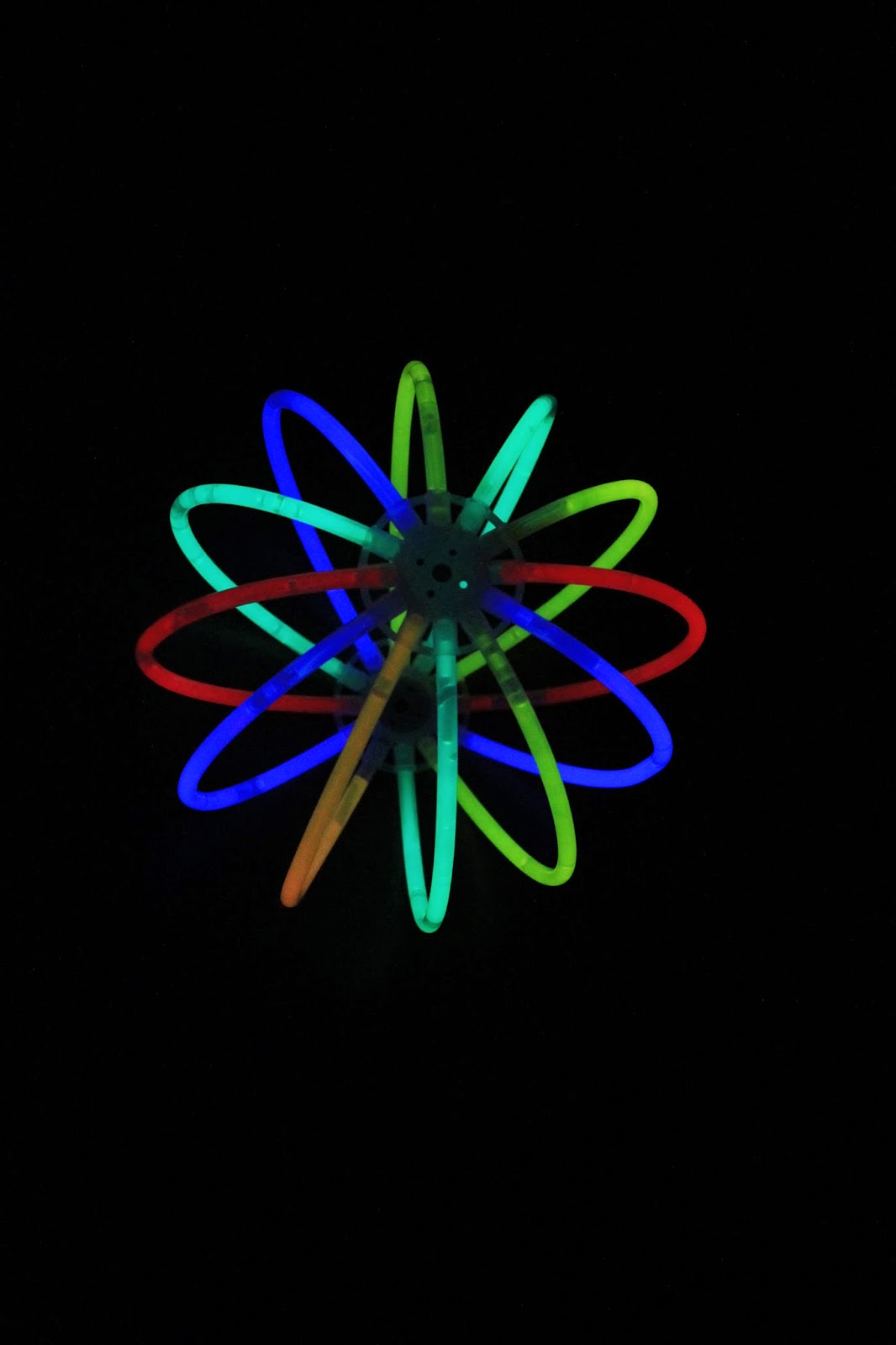 The Butterballs tossed, rolled and spun the orb (which created an amazing rainbow effect!) We also played Glowstick Treasure Hunt.
I hid 10 glowsticks all over the lounge and the Butterballs had to find each one.
Loads of fun and great for practicing counting skills! 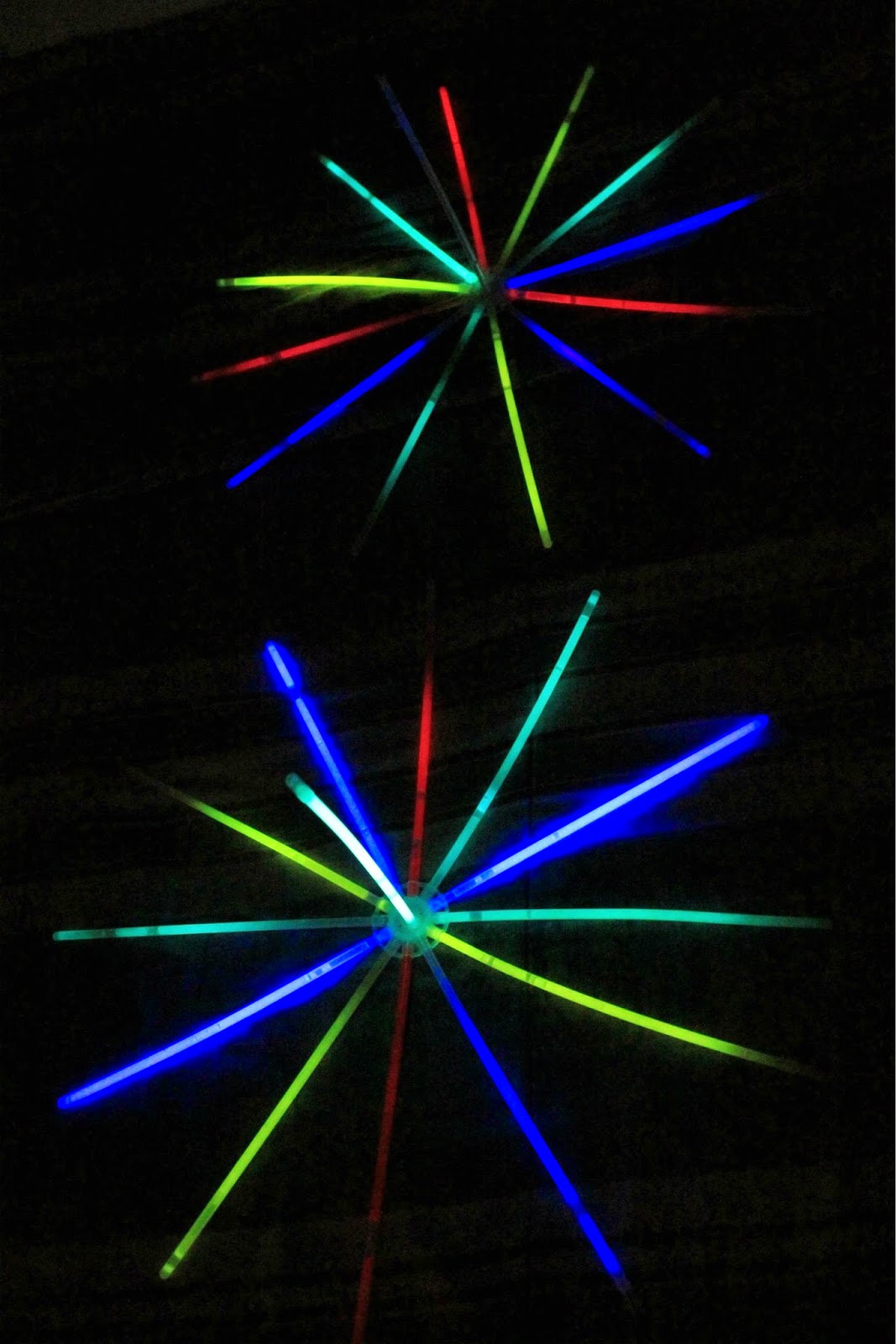 The Butterballs loved spinning the stars around while they sang 'Twinkle, twinkle, little star'
at the top of their voices! 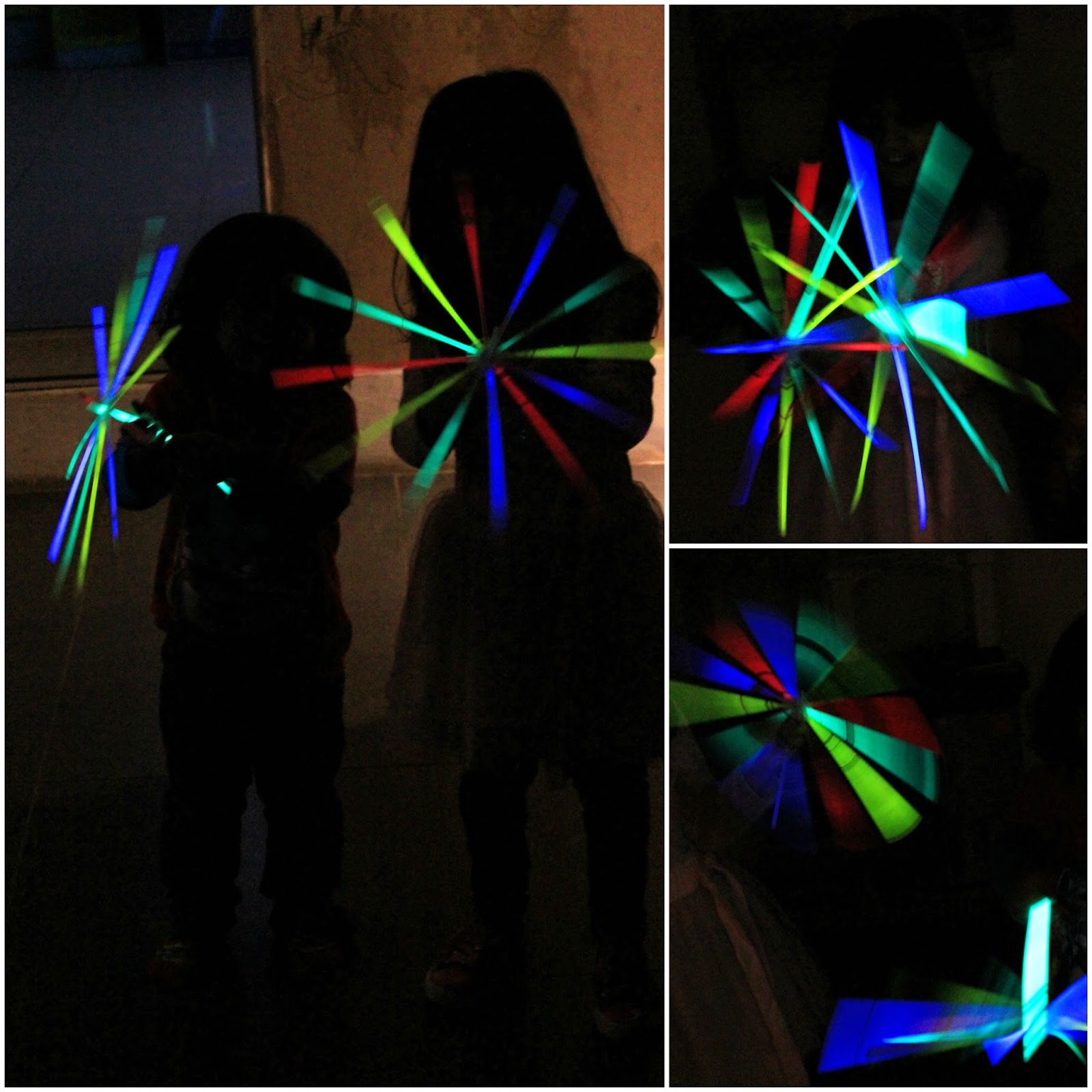 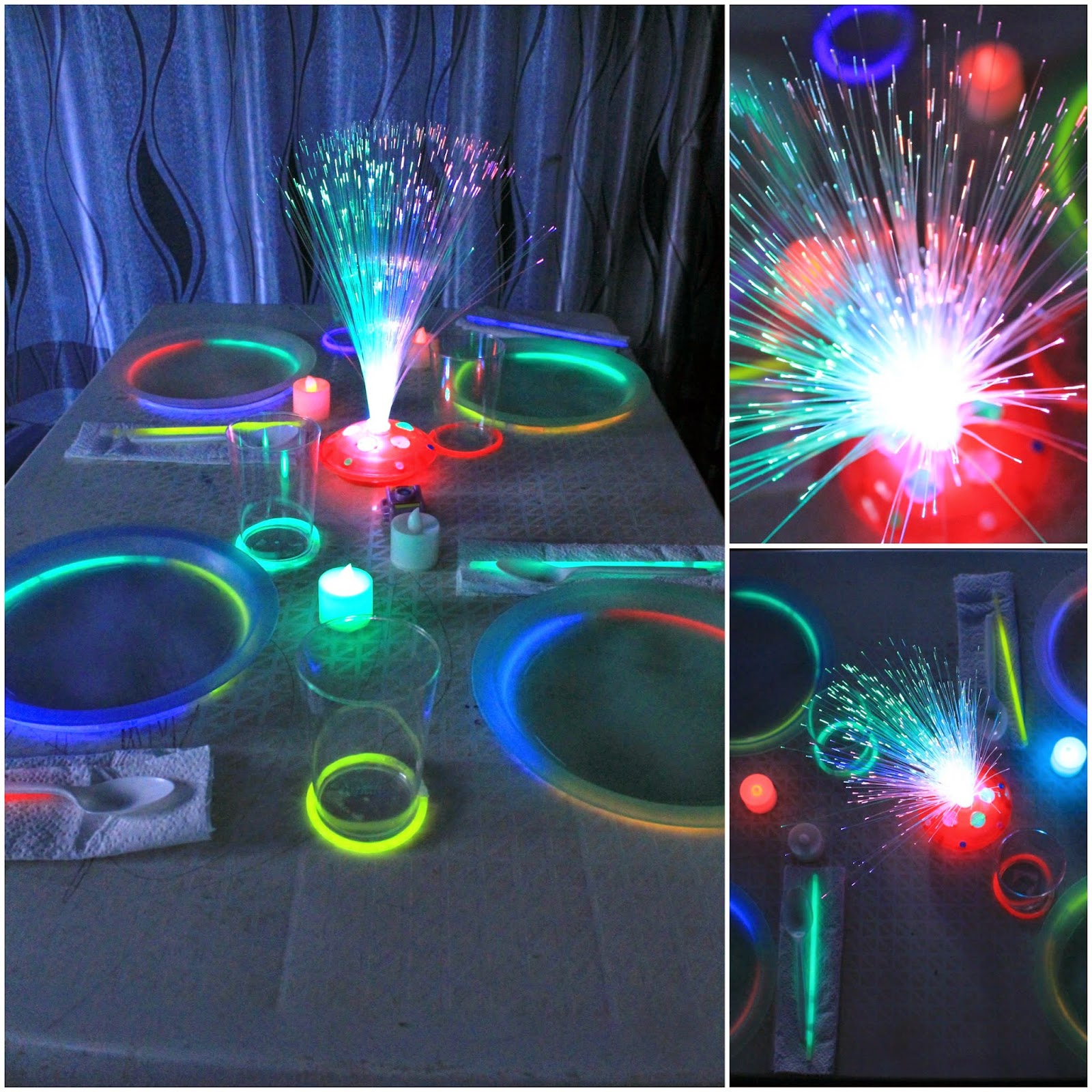 I placed glowstick rings under the dinner plates and around the glasses.
The centerpiece was an old LED fountain light that I found at the back of the closet.

peaches and cream for dessert

After dinner, we had a Glowstick Dance Party!!!

But first, Glowstick Dress Up

I found this cool glowstick cap kit and couldn't resist buying it. 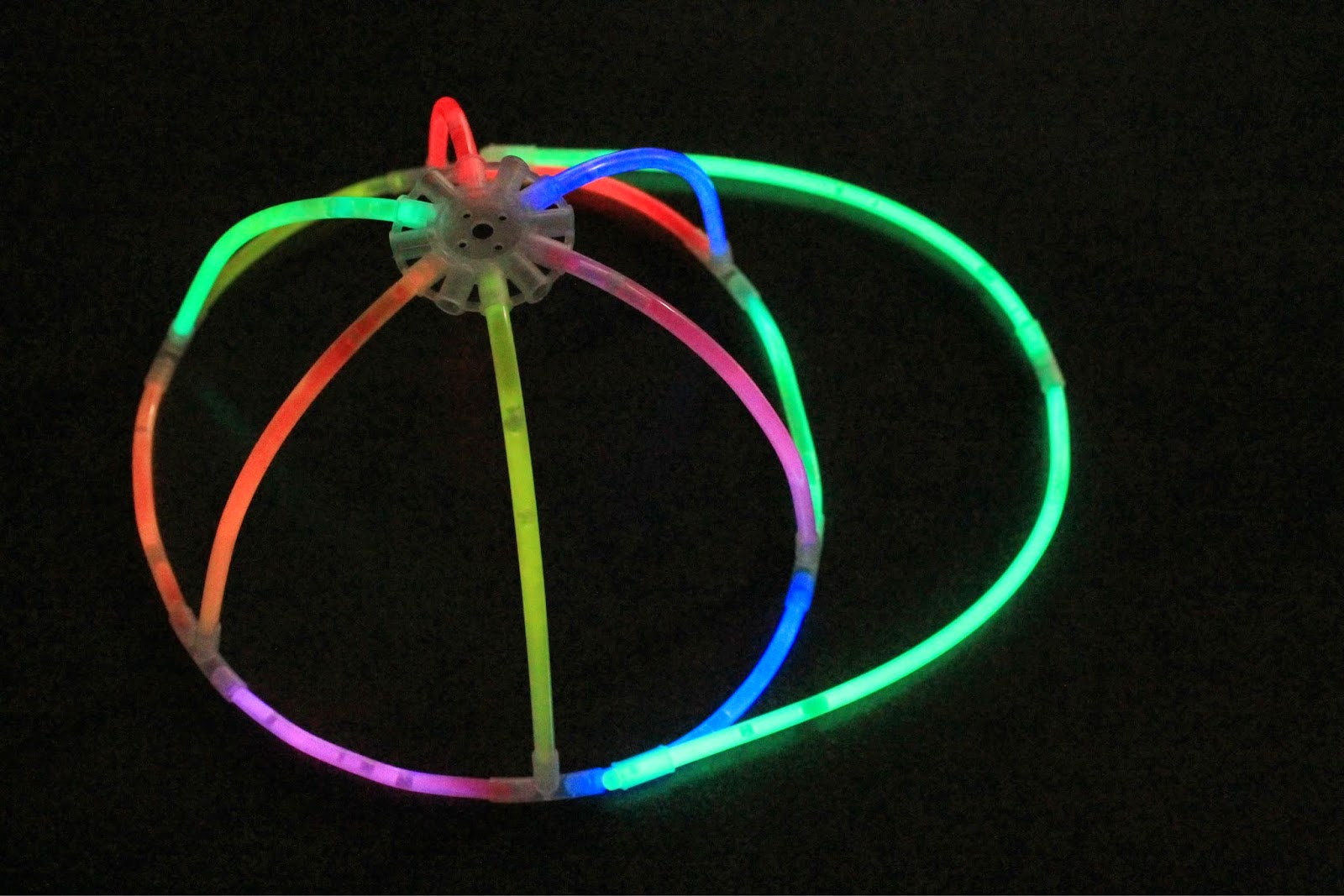 It was too large for Ethan's head
(although that didn't stop him from wearing it)
It fitted Dad perfectly!! 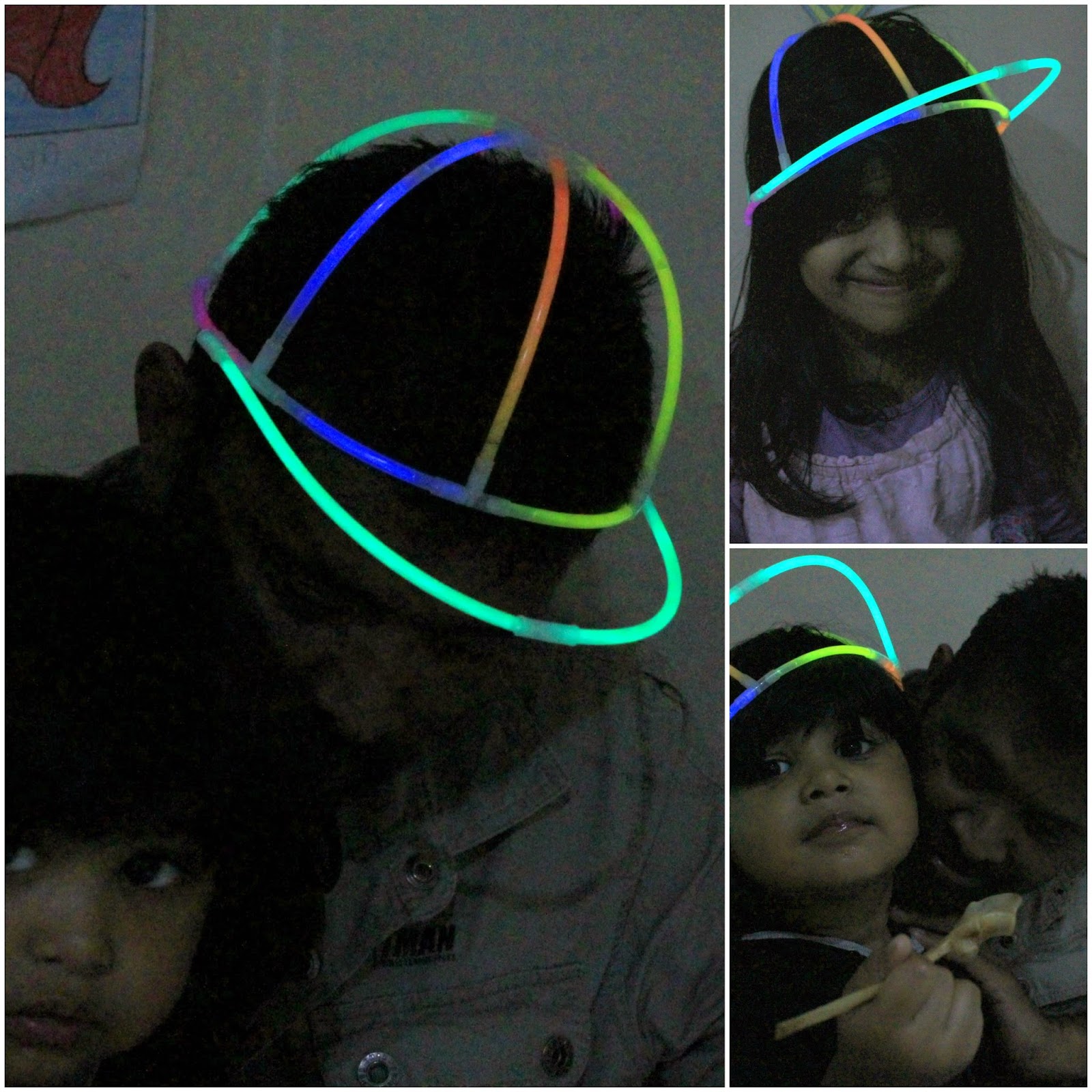 Ethan LOVED the Finger Flashlights that he got to wear! 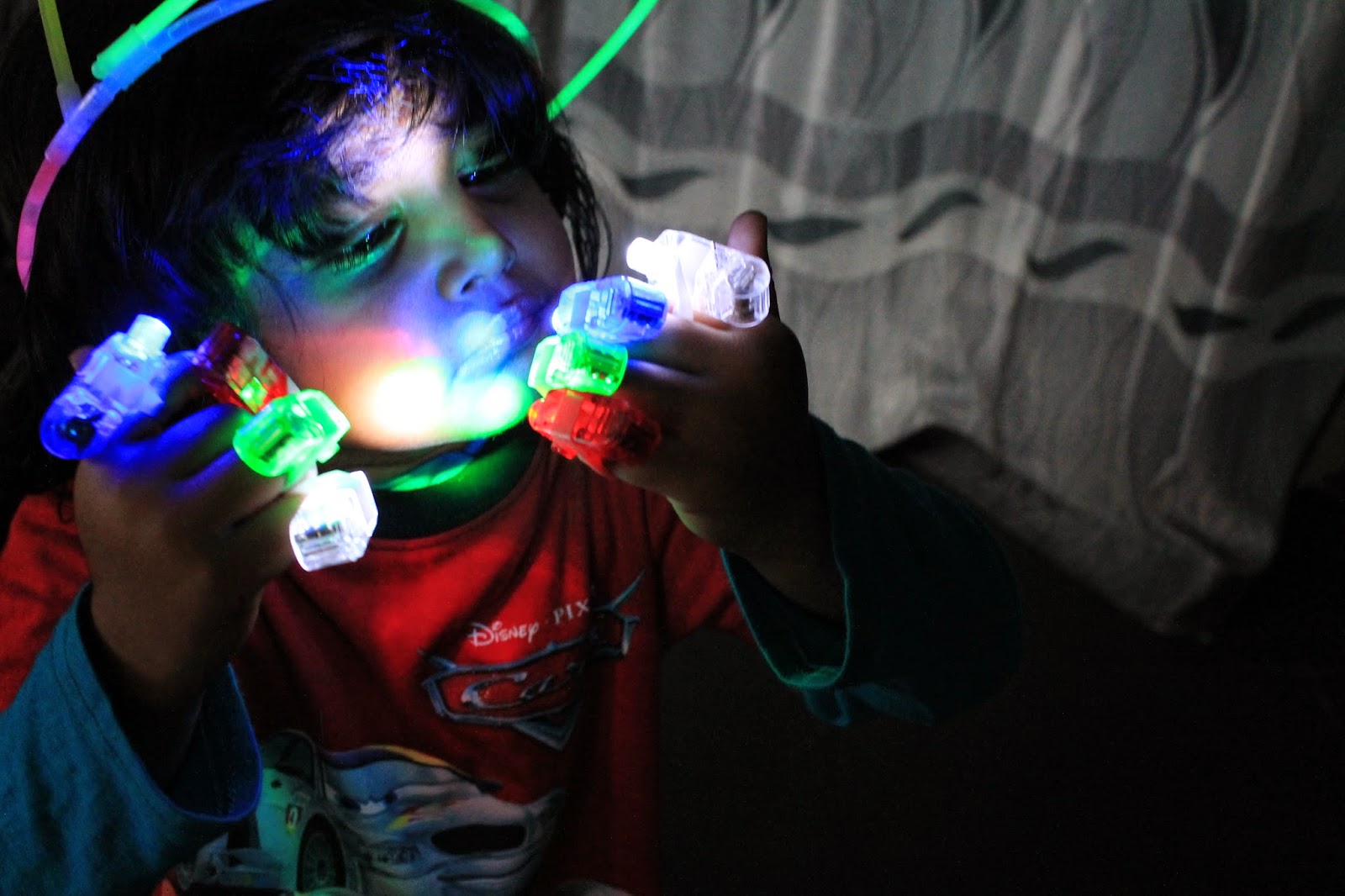 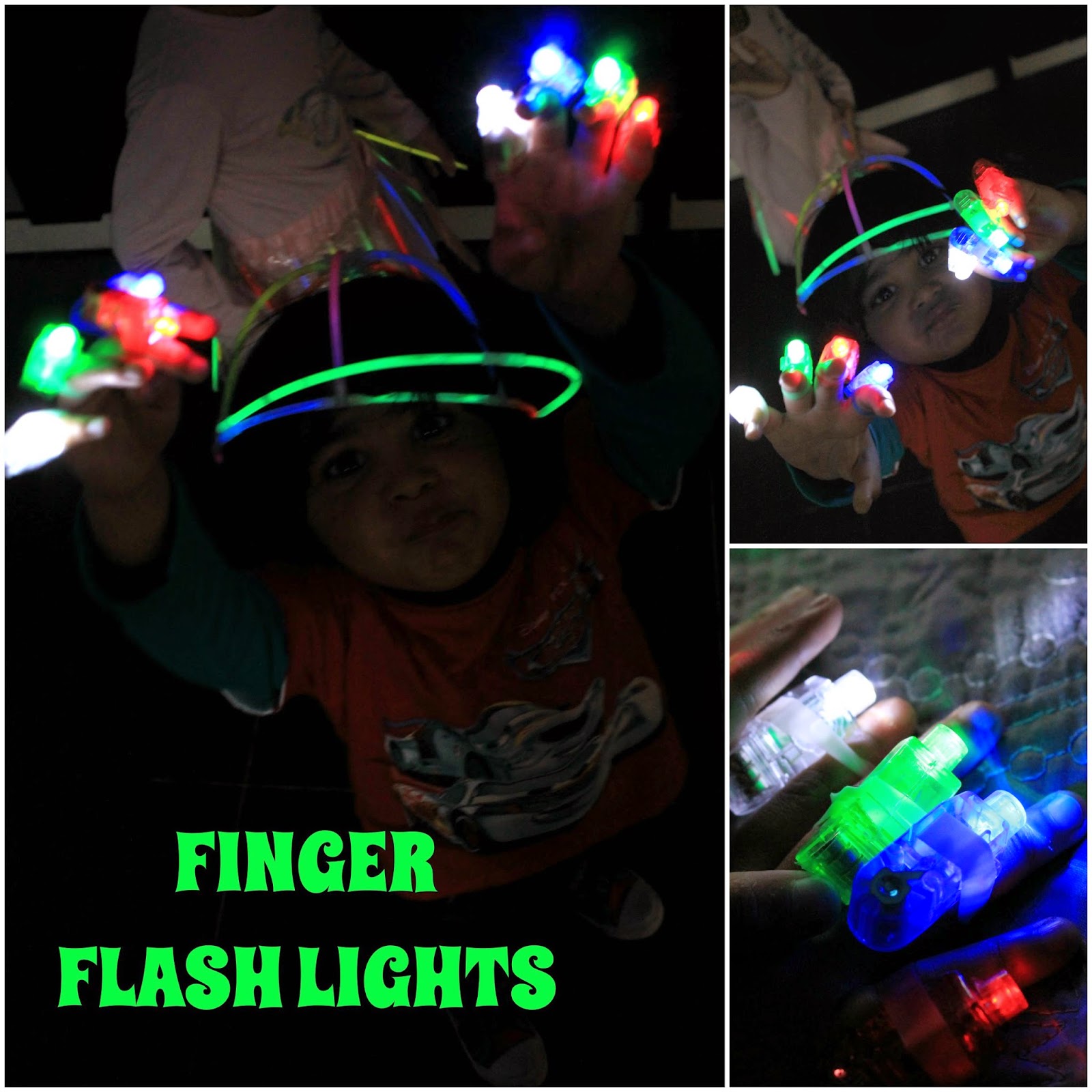 I made a Glowstick Tutu for Tamlyn.
The first tutu was made using the method from Mericherry.com.
She used duct tape to create a ballerina skirt. Really clever.
Click on the link below for her tutorial.
http://www.mericherry.com/2014/02/11/glow-in-the-dark-dancing-ballerina-skirt/ 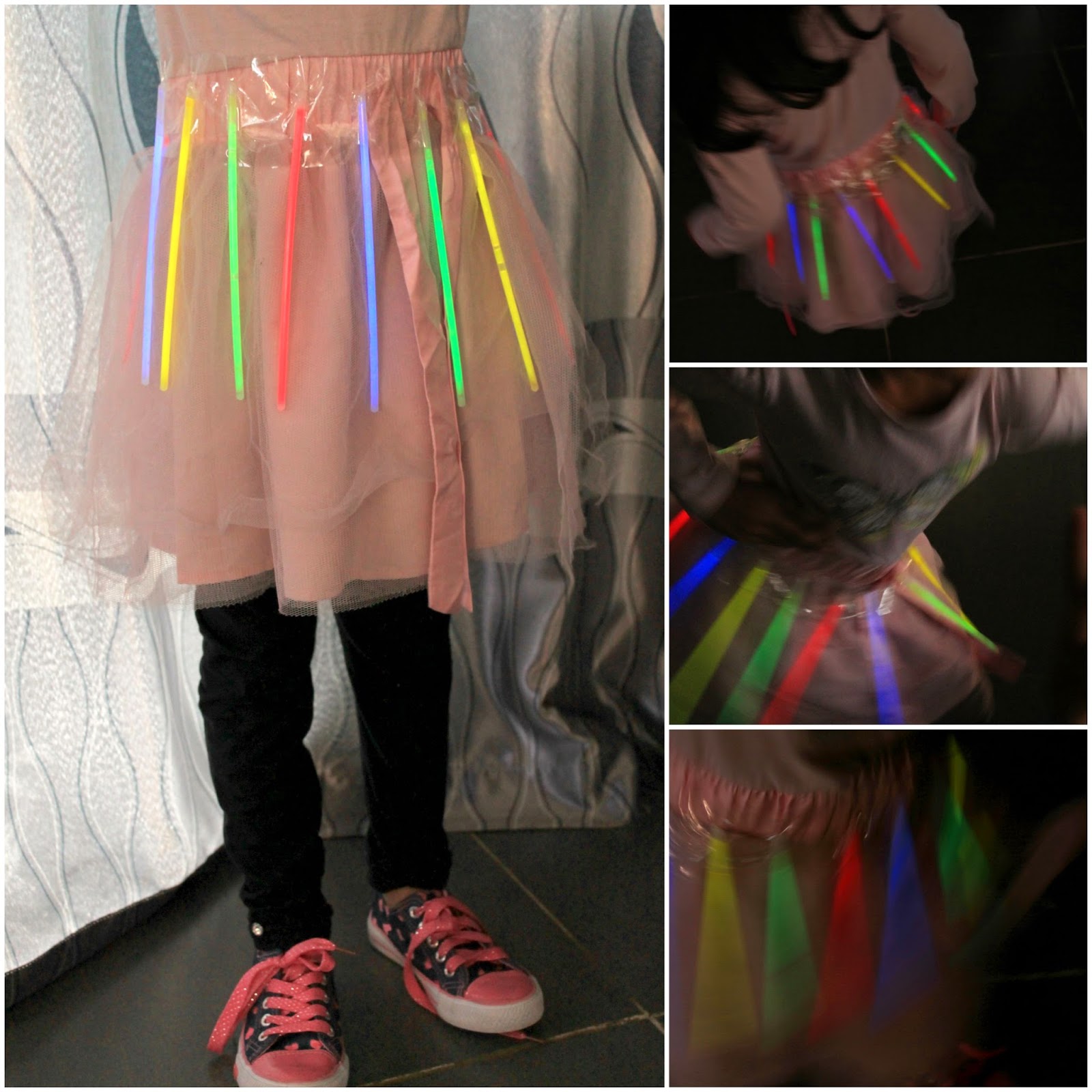 I don't think my duct tape is as strong as hers because after a few minutes of dancing,
I had to repair Tamlyn's skirt.
Stopping in the middle of a Dance Party?....Not Good! 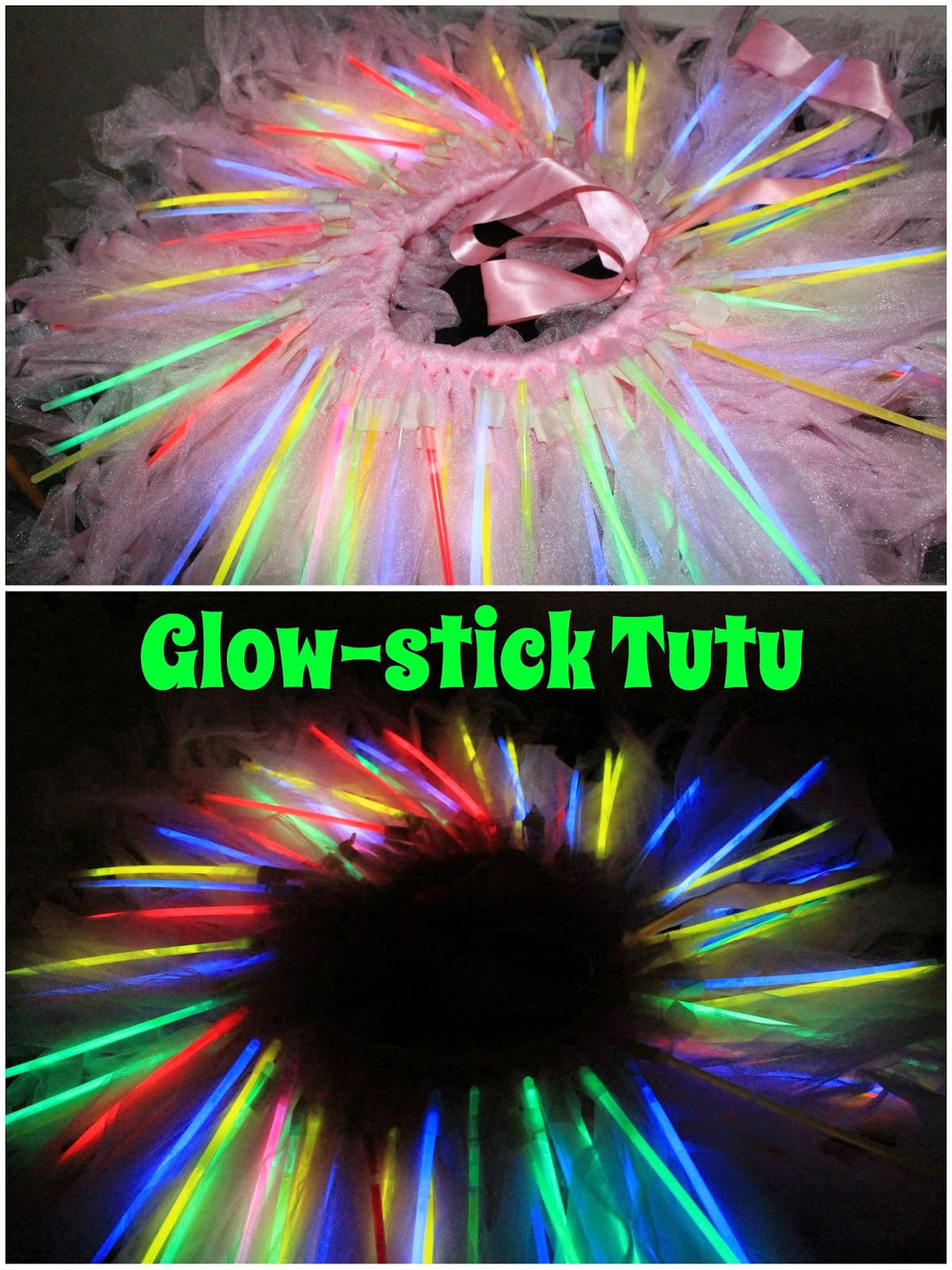 Next time, I'll use washi tape to make it look prettier.
This skirt held up really well, even with the energetic dance moves!! 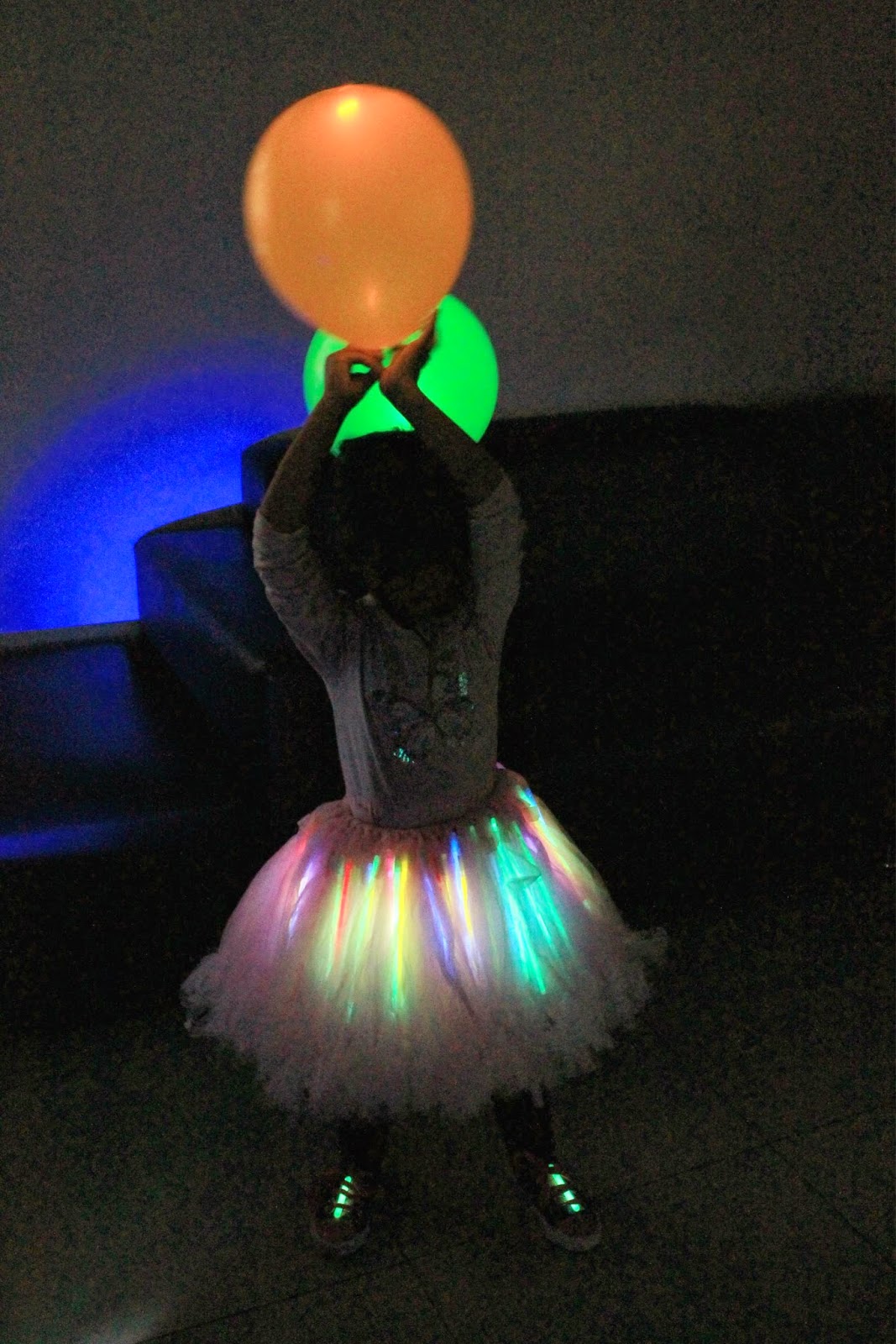 What an amazing  fun-filled evening!! 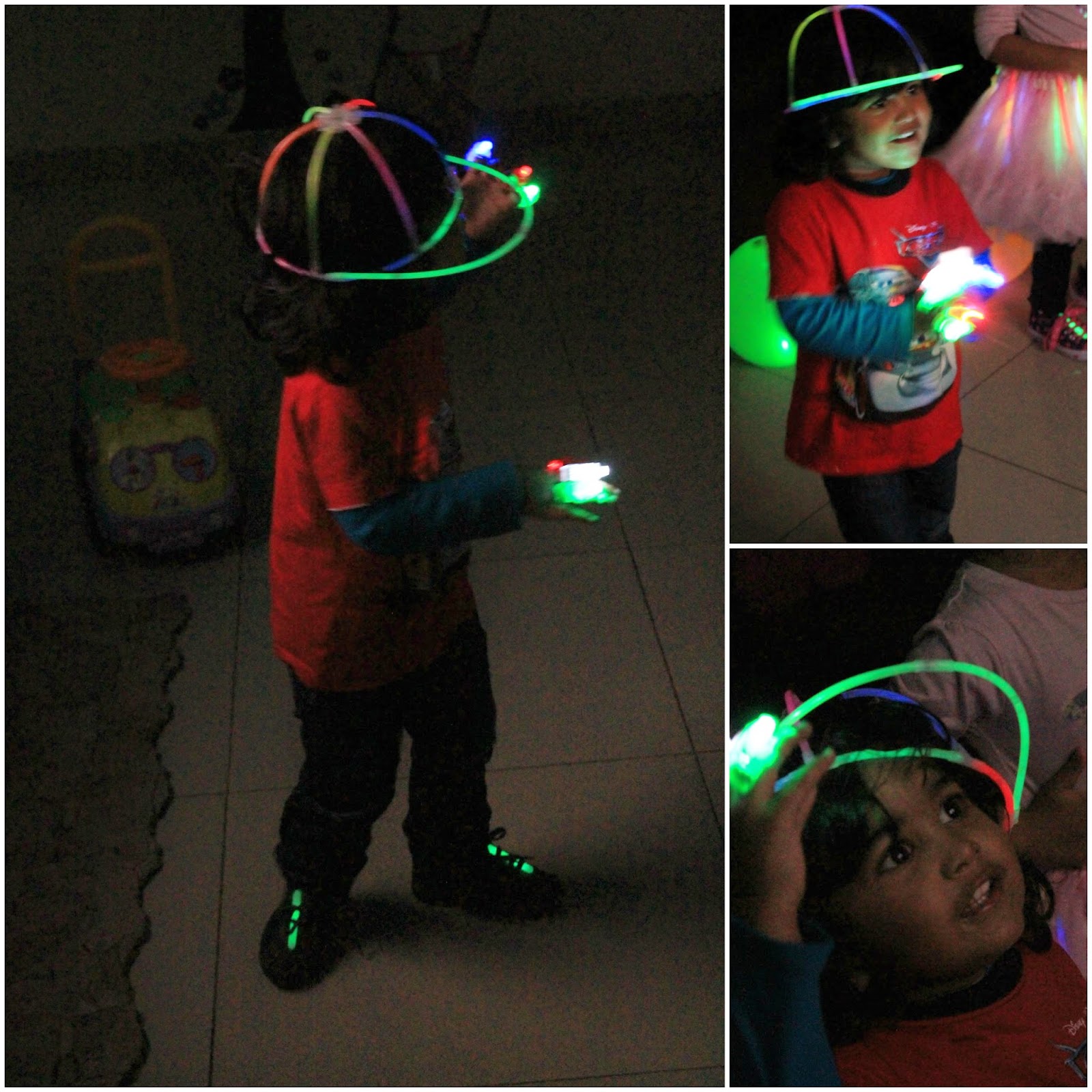 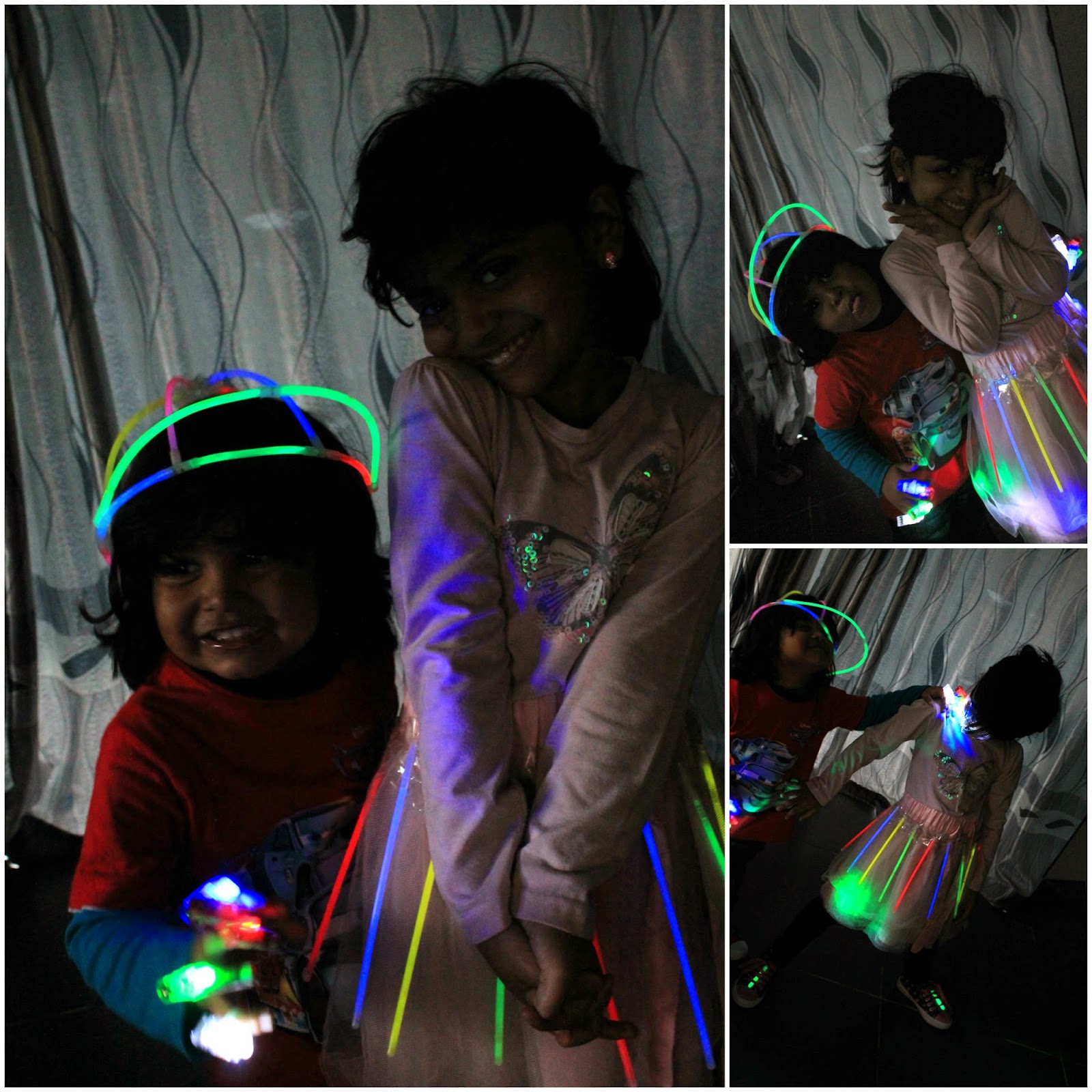 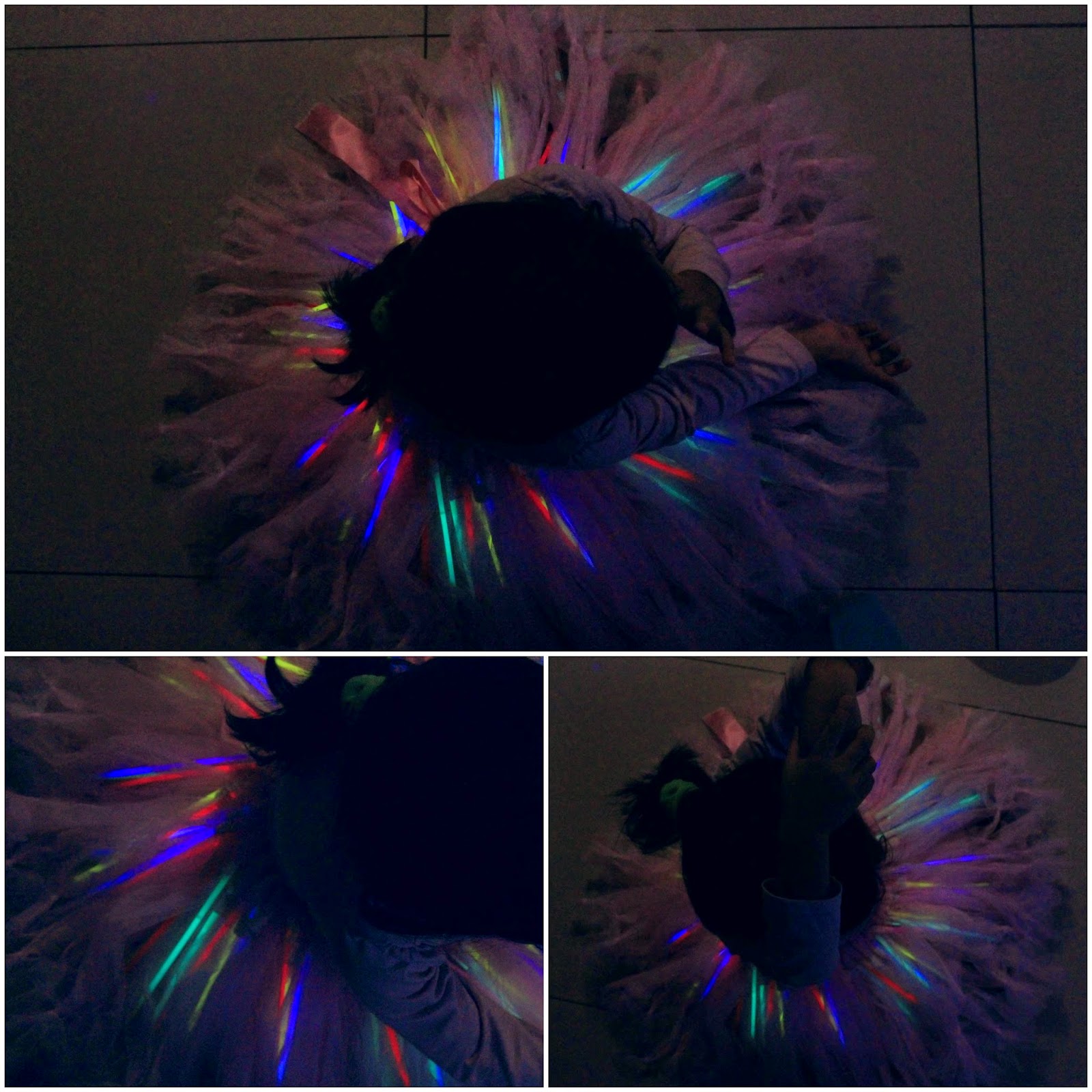